At approximately 1pm Marine 18 with 3 water rescue personnel was mobilized by Berks DES to the Boyertown area to assist with rescues in that portion of the county. While enroute, Marine 18 was dispatched to a water rescue in Pike Township for an occupant trapped in a house surrounded by rising water. Prior to making it on scene Marine 18 was cancelled due to crews on scene who had made access to the occupant.

Shortly after, Marine 18 was sent to assist Lyons Volunteer Fire Company in Rockland Township with 2 trapped occupants in a house that was surrounded by water from a creek that had overflowed its banks. WBFD personnel arrived on scene and determined the best plan for rescue and began to assemble. Crews utilized rope, rigging, and an inflatable rescue boat to safely make it to the occupants who were roughly 250’ from dry ground. Once the rescue was complete crews checked several other homes in the area and confirmed no other occupants were in distress. Water rescue personnel from Shillington Fire Company and Keystone Hook & Ladder Company No. 1 of Myerstown assisted as a safety team at the request of our water rescue personnel.

After Marine 18 cleared from Rockland Township they were then sent to active water rescues in Amity Township, assisting Amity Fire and Rescue. Personnel arrived on scene and breifly assisted with a few door to door checks of homes in high water. Marine 18 returned home after this incident and was out for approximately 7 hours, in total.

While all this was happening in the Eastern portion of the county, additional WBFD crews were sent to assist Muhlenberg Township Fire & Rescue with pump outs as they again had a large volume of calls due to flooding in their area. Crews assisted for approximately 4 hours. 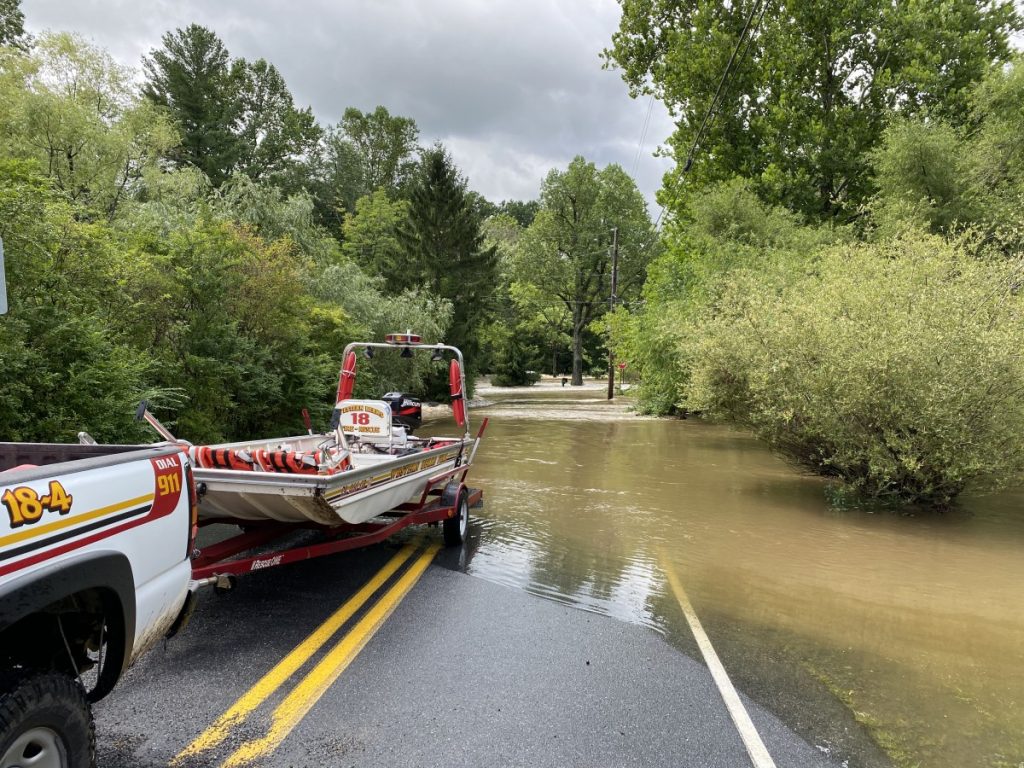 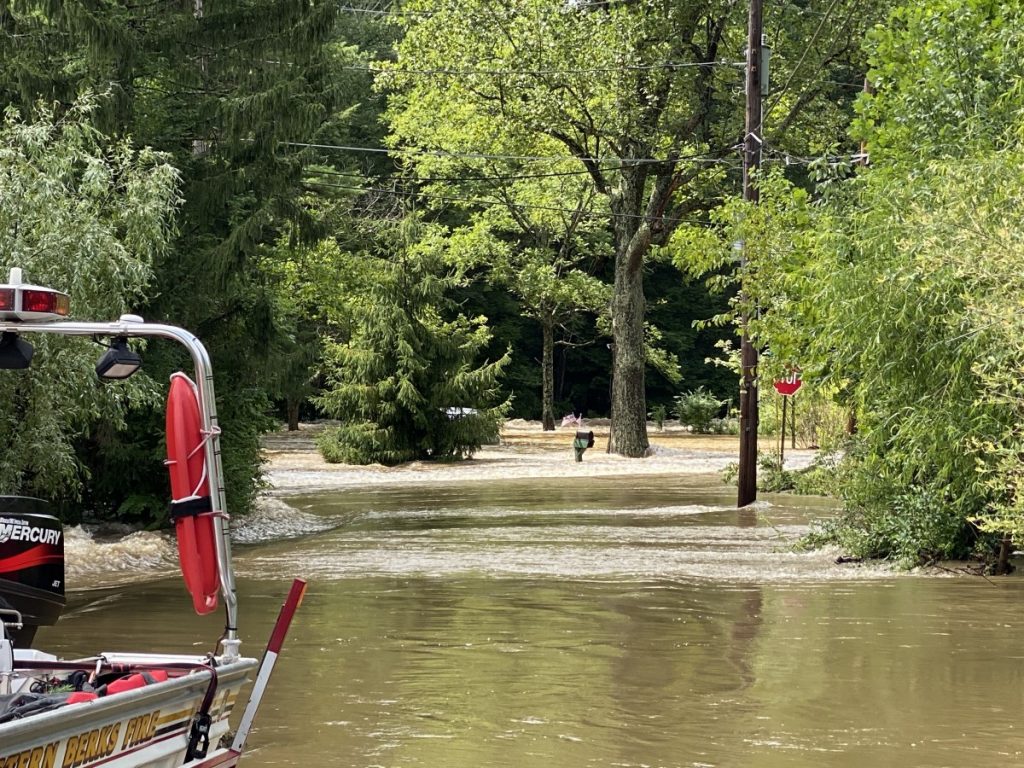 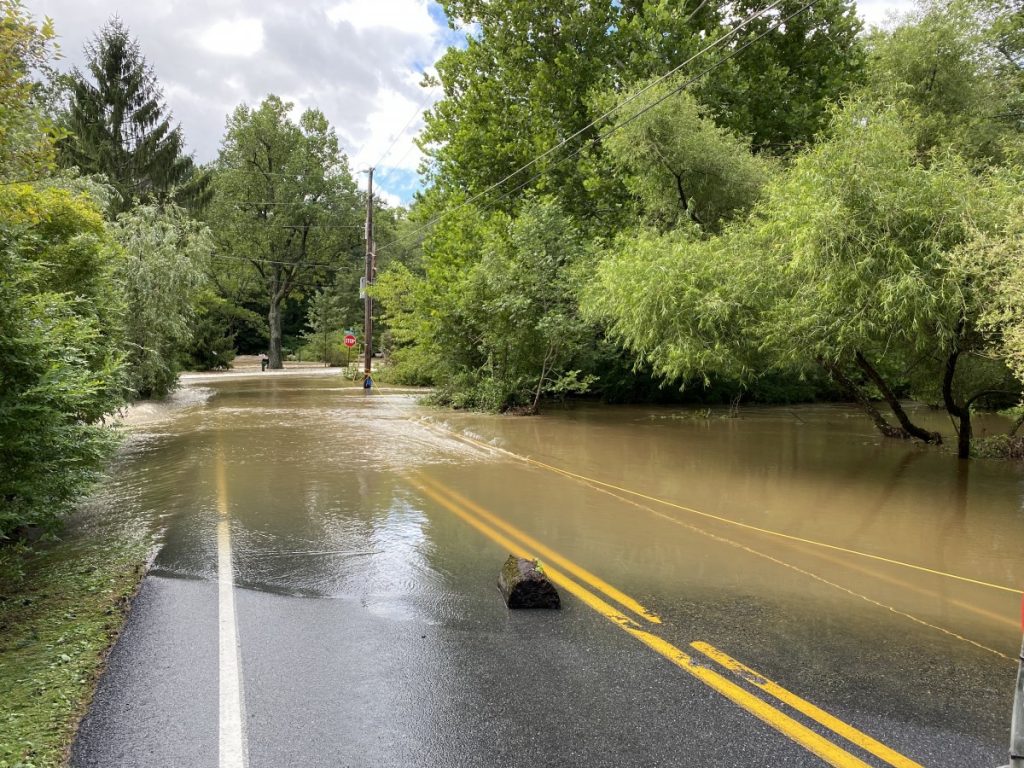 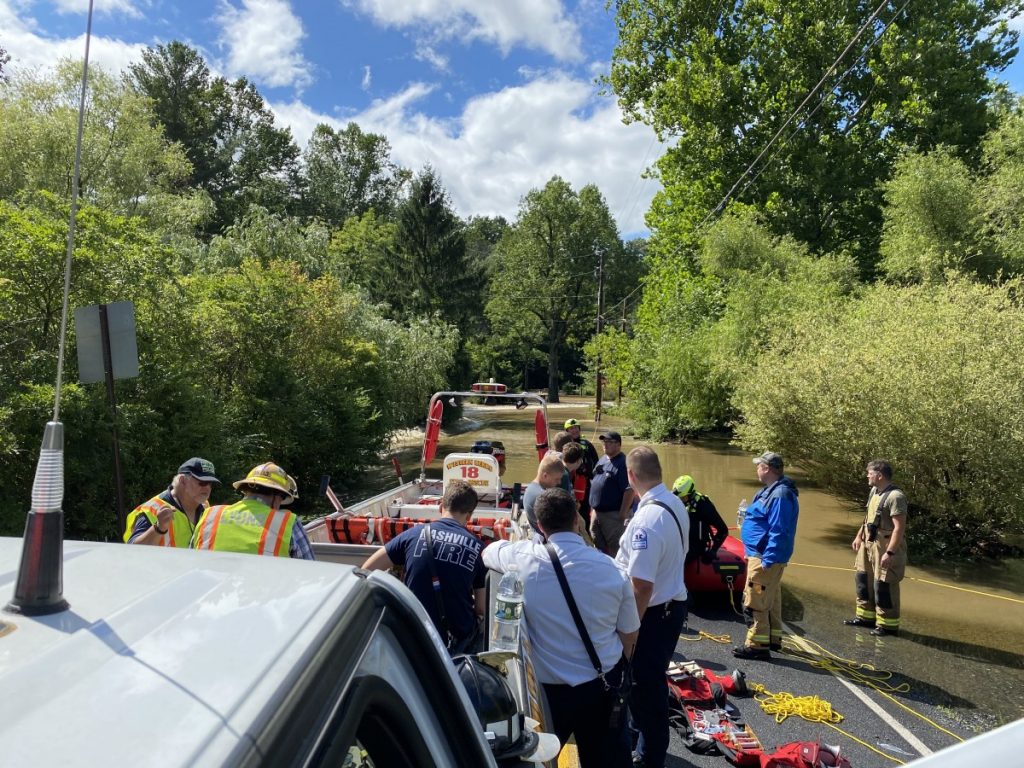 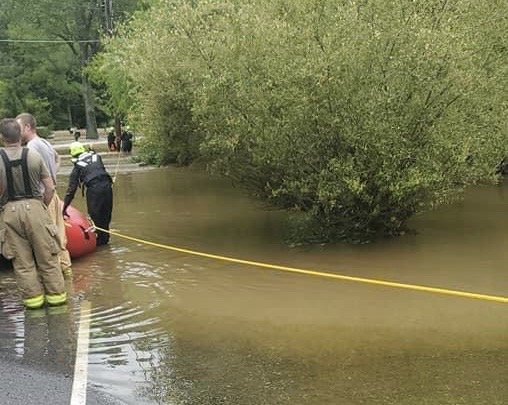 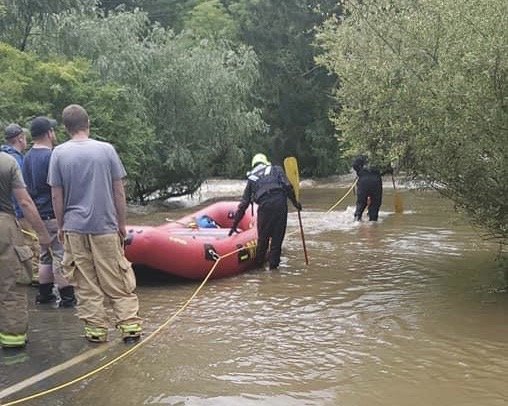 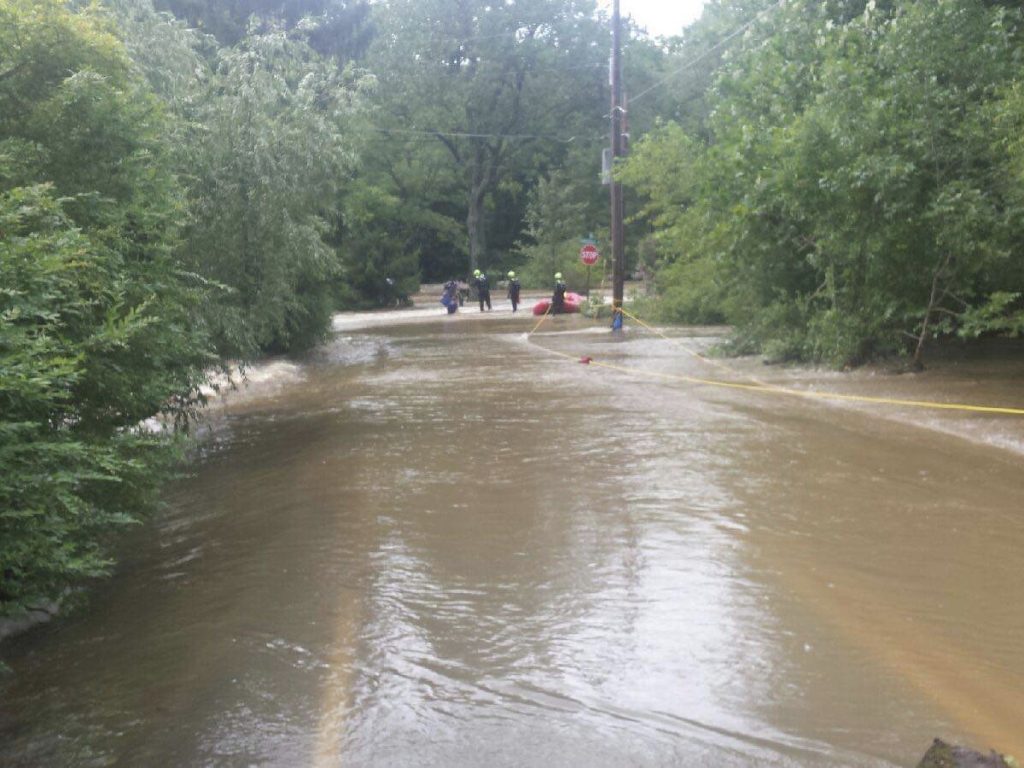 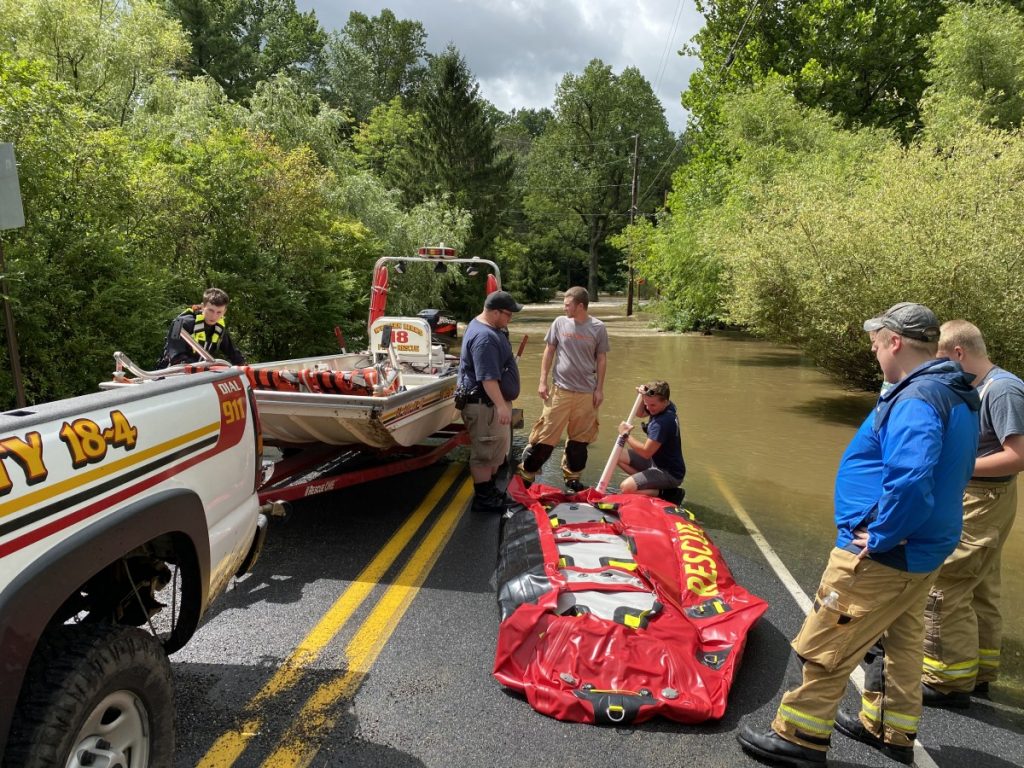 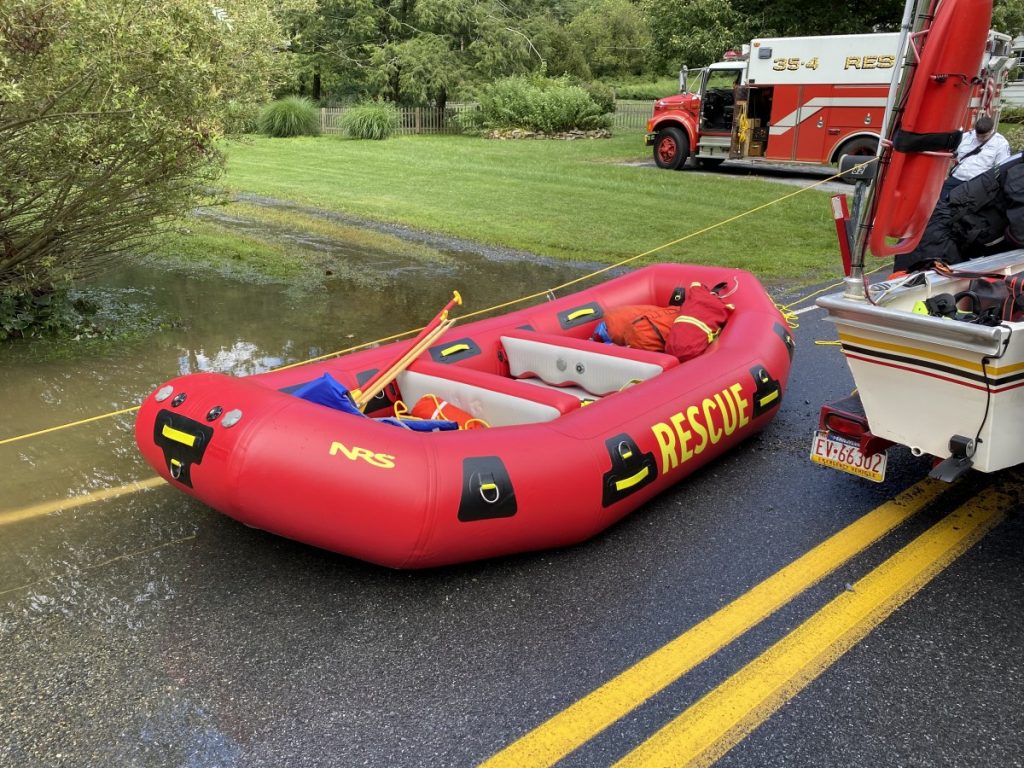 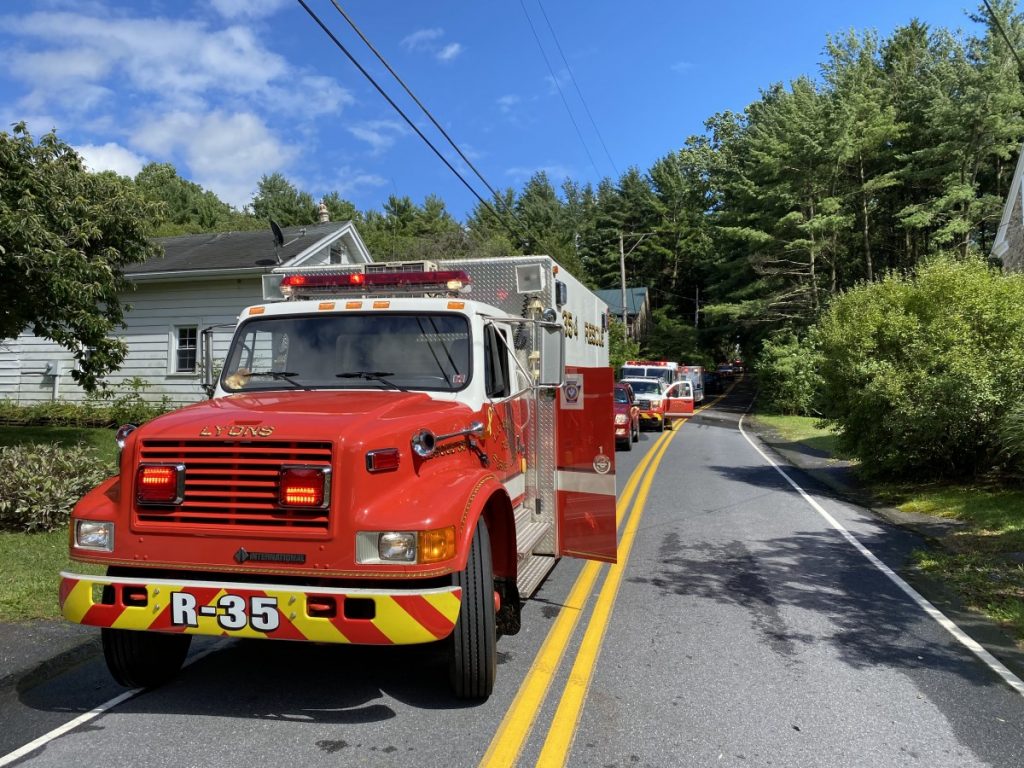 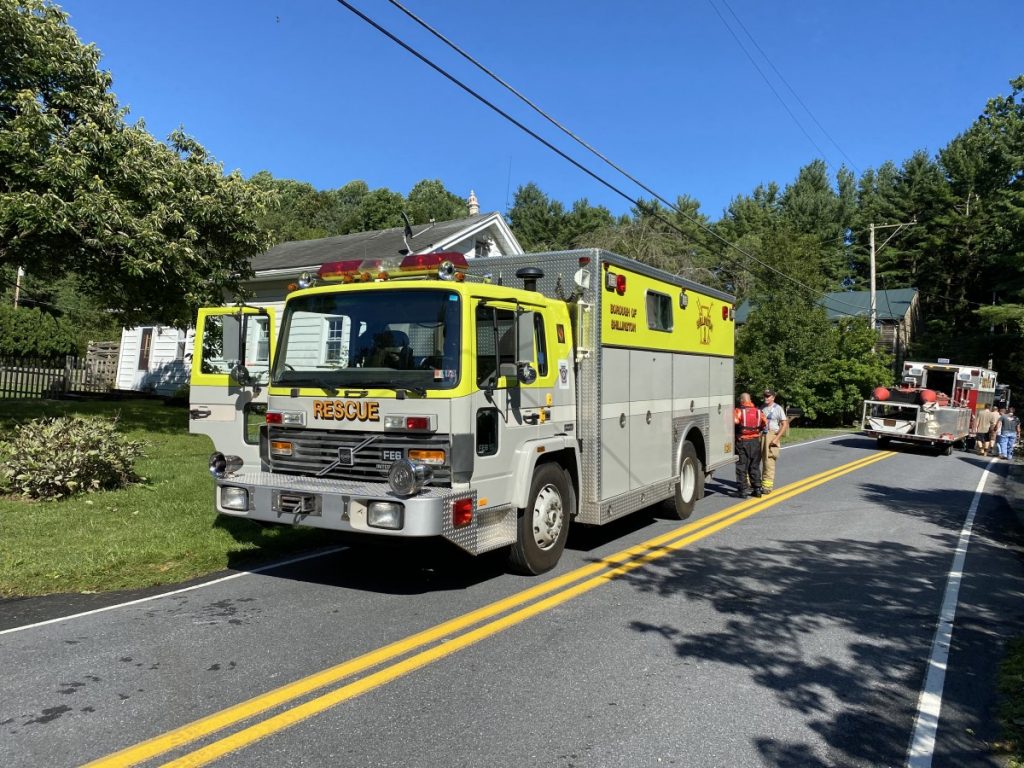 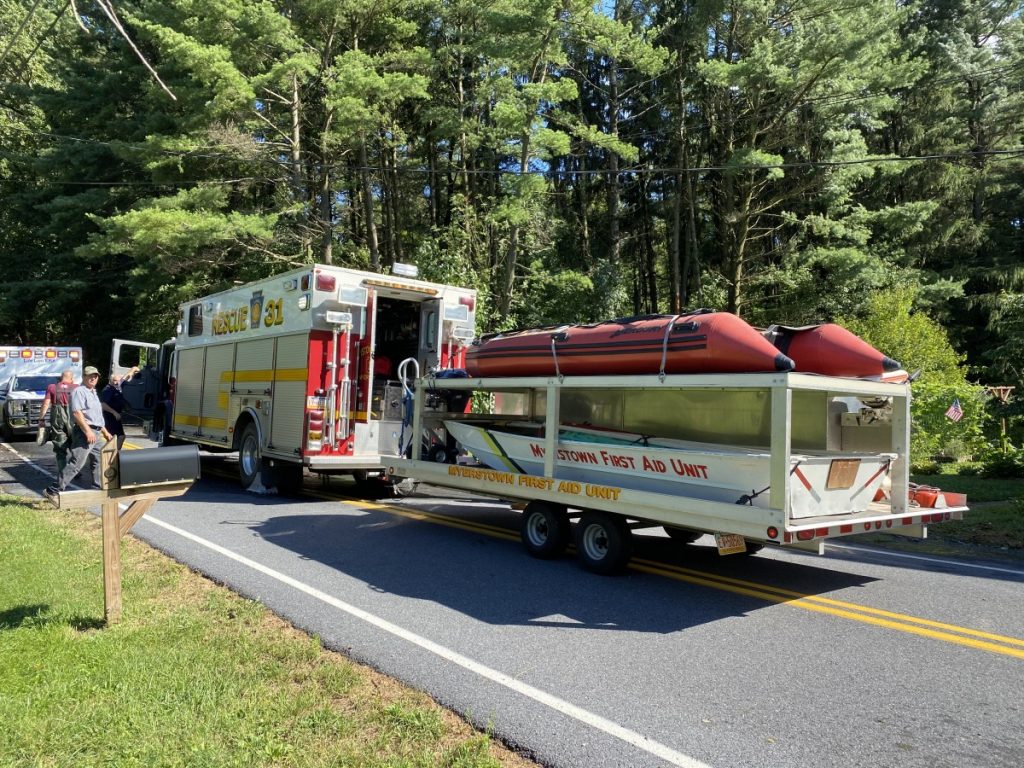 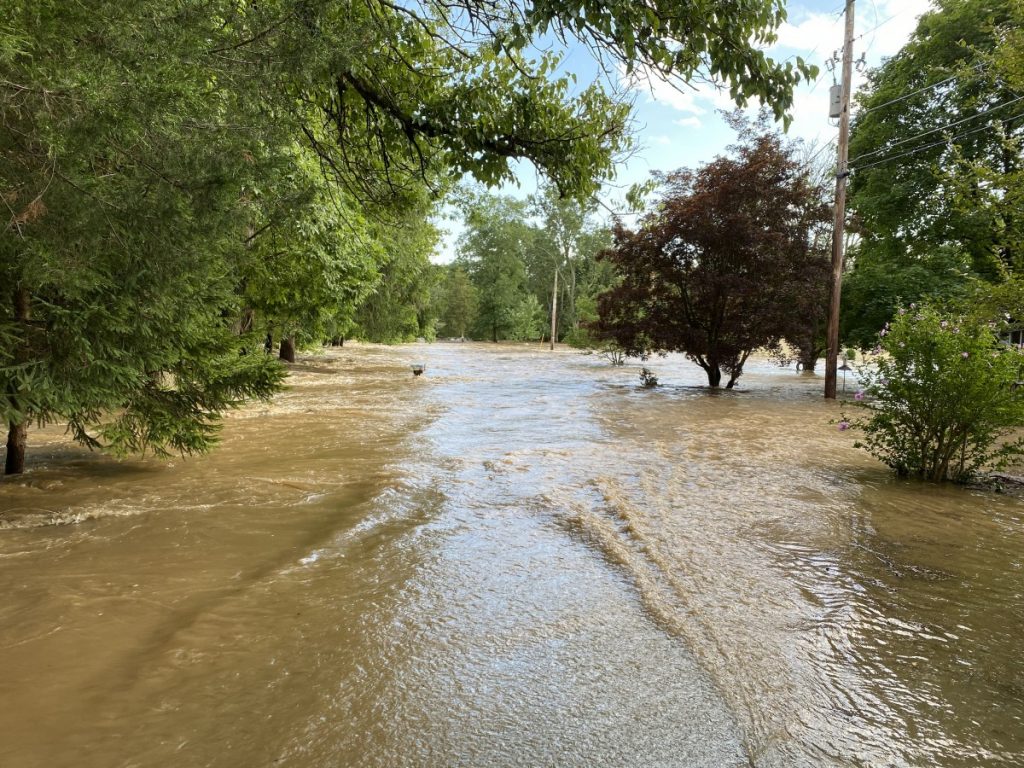 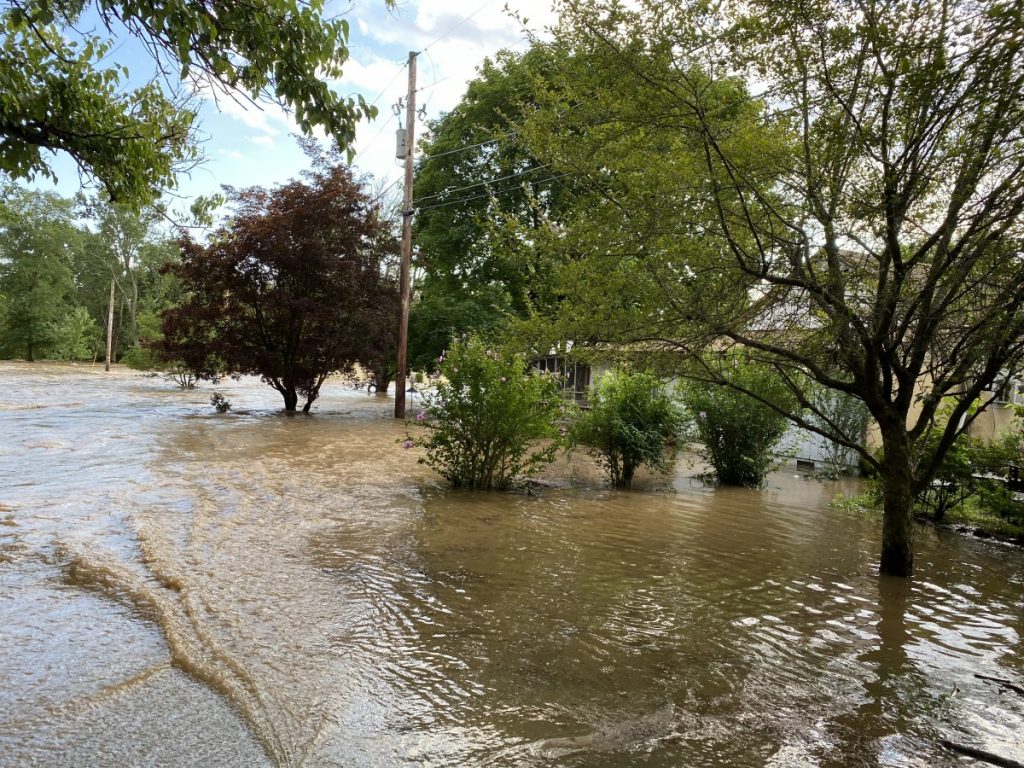 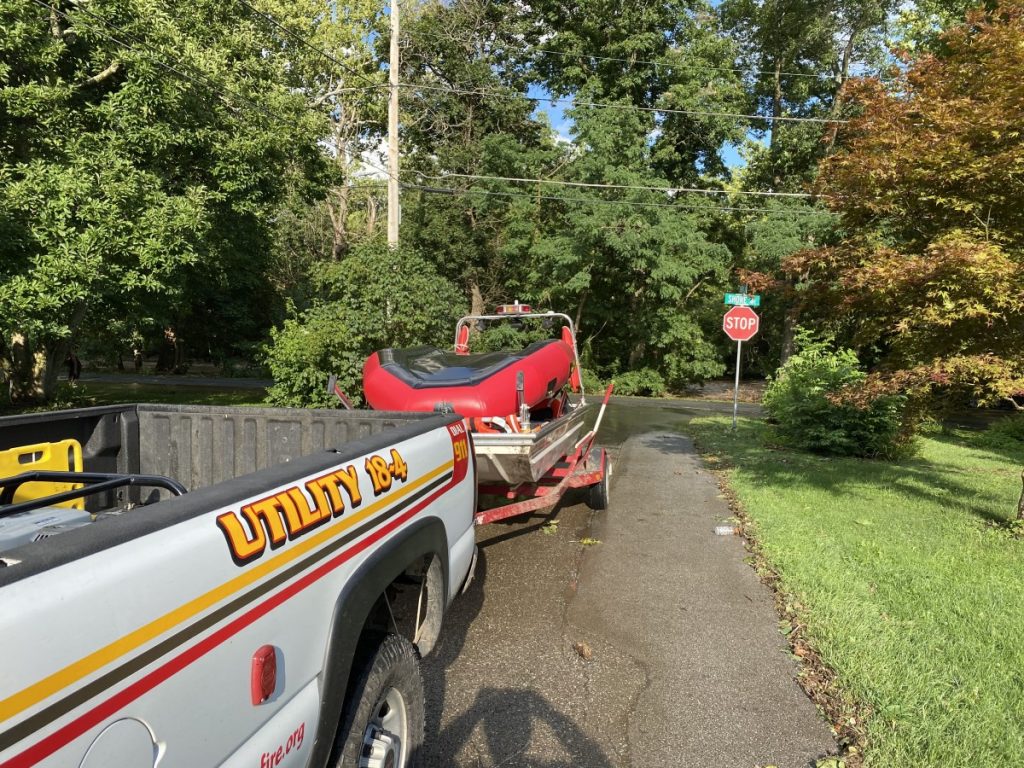 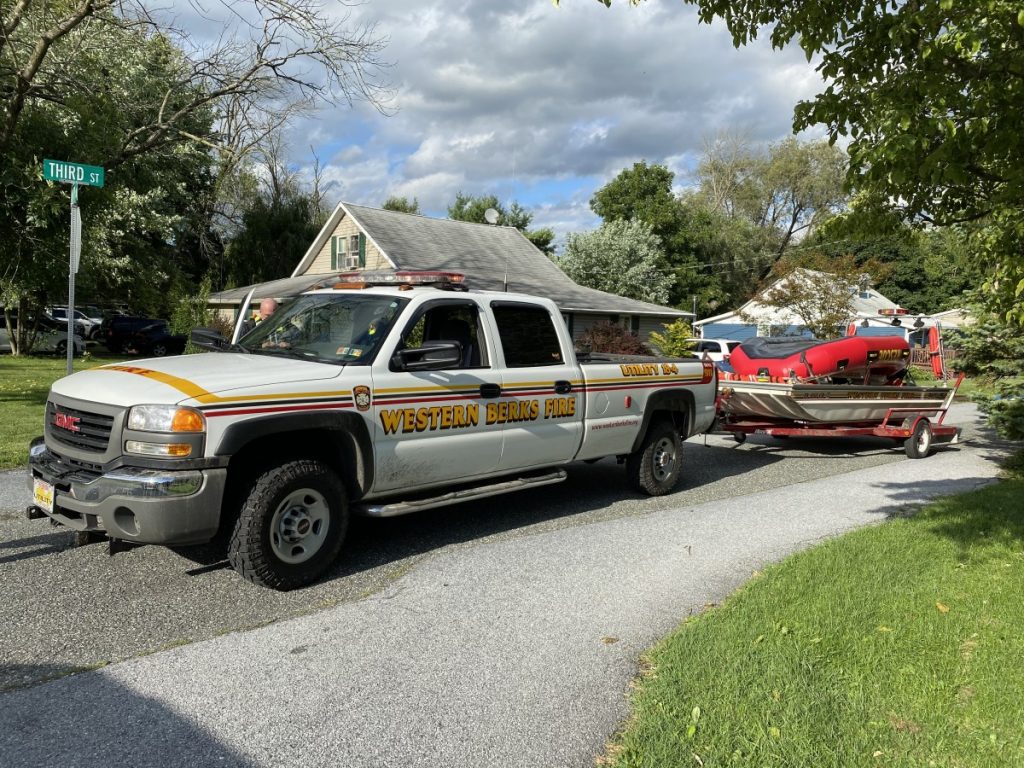 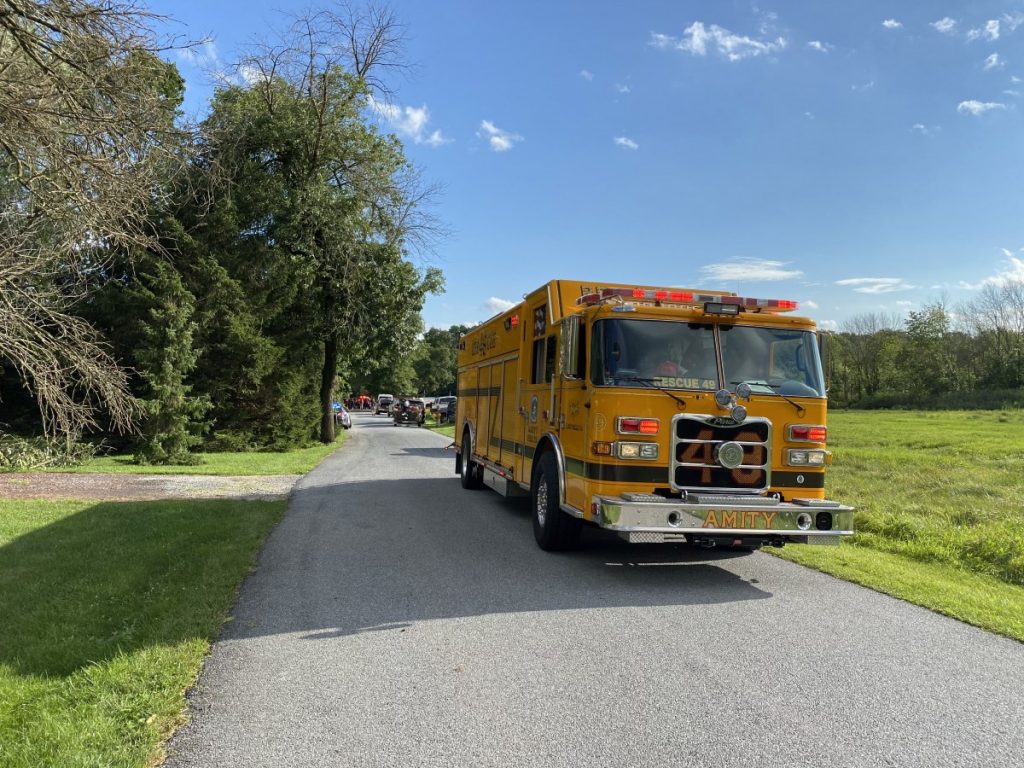 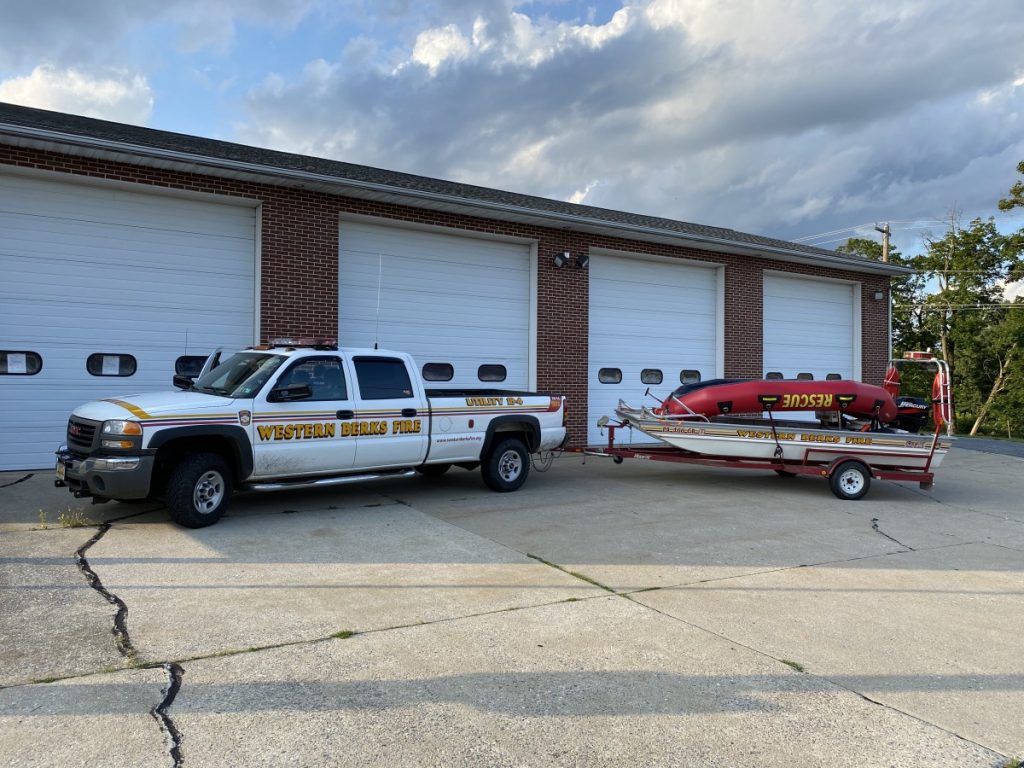 Today, annual pump testing was completed. The testing is conducted by a third party vendor, following nationally approved standards. This provides assurance that our apparatus are functioning properly, and to their fullest capabilities.
#teamWBFD ... See MoreSee Less

This evening around 8:30pm the WBFD was dispatched to a vehicle fire in the 300 block of Green Valley Road in Lower Heidelberg Township. First arriving units confirmed the report and had an active engine compartment fire. Crews from Engine 18-1 and Engine 18-2 stretched a single handline and make quick work of the fire. We were assisted by Lower Heidelberg Township Police and Spitlers Garage & Towing who removed the vehicle. All WBFD units cleared the scene within an hour. #teamWBFD ... See MoreSee Less

always a pleasure working with you gentlemen

So many vehicle fires here lately

Melanie were you drag racing again? 😂😁

Over the last two weeks the WBFD has been given the opportunity to complete training scenarios in acquired structures. Two local residents have graciously allowed us the opportunity to train in buildings that will either be remodeled or torn down in the near future. These properties have been made available to us for the next several months and our crews along with neighboring agencies will be taking advantage and completing numerous training scenarios.

Last night and today you may have seen our crews out in the area of Stitzer and Penn Ave in Wernersville completing training at a commercial structure. Being able to get our crews into structures like this offers invaluable and realistic experience to firefighters in order to better prepare themselves for structure fire calls. During these types of simulated trainings crews work on throwing ladders, hoseline management, search & rescue, forcible entry, and locating the fire, all which are necessary tasks when arriving at and mitigating a structure fire.

To make these trainings even more realistic our department utilizes a high volume smoke machine to create realistic smoke conditions as it would be found in structure fires. We are able create zero visibility scenarios which help newer firefighters get comfortable with these types of conditions so they are prepared.

We would like to give a special thanks to Jack and Lukas Keener for allowing us to use their building for yesterday and today’s training as well as future trainings. A special thanks goes out to South Heidelberg Township’s Public Works department for assisting with their backhoe to move our forcible entry door to the property.

Upcoming we will highlight trainings completed at the other acquired structure which is a residential apartment building, stay tuned! #teamWBFD ... See MoreSee Less

We are so fortunate to have a well-trained group of firefighters to protect our area! Thank you!!

Very cool! Great training can be done in acquired structures... Bravo for putting in the work to get one

Thank you all for your dedication!

Ty all for what you do ❤️