On Thursday February 18th shortly after 7pm the WBFD was dispatched to the 2500 block of Belmont Ave in Spring Township for a Structure Fire at Western Berks Ambulance Association.  The first arriving officer from the WBFD had smoke showing from the ambulance station and declared a working fire.  Crews from Engine 85 and Ladder 79 arrived on scene and made entry to the garage doors where an ambulance had caught fire in the station.  A second alarm was requested for additional manpower to assist units operating on scene.  Crews were able to get a quick knock down of the fire to limit most of the damage to the garage bay of the station.  Ladder 18, Engine 18-1, Engine 18-2, and Utility 18-2 operated on scene for approximately 1.5 hours before returning. 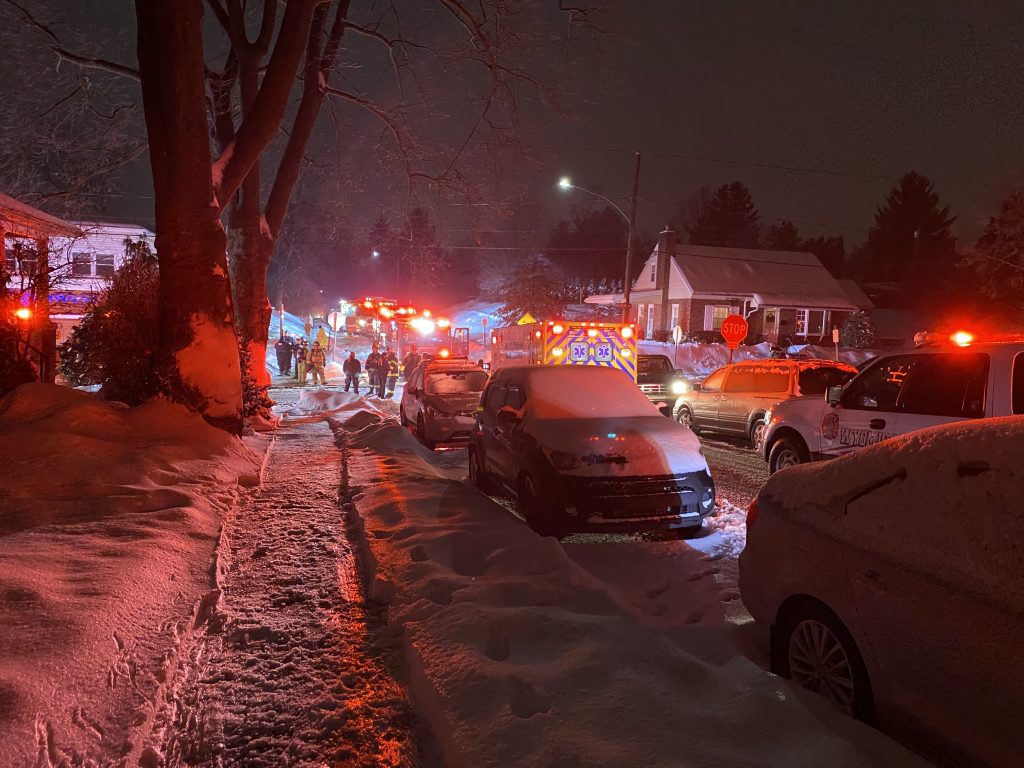 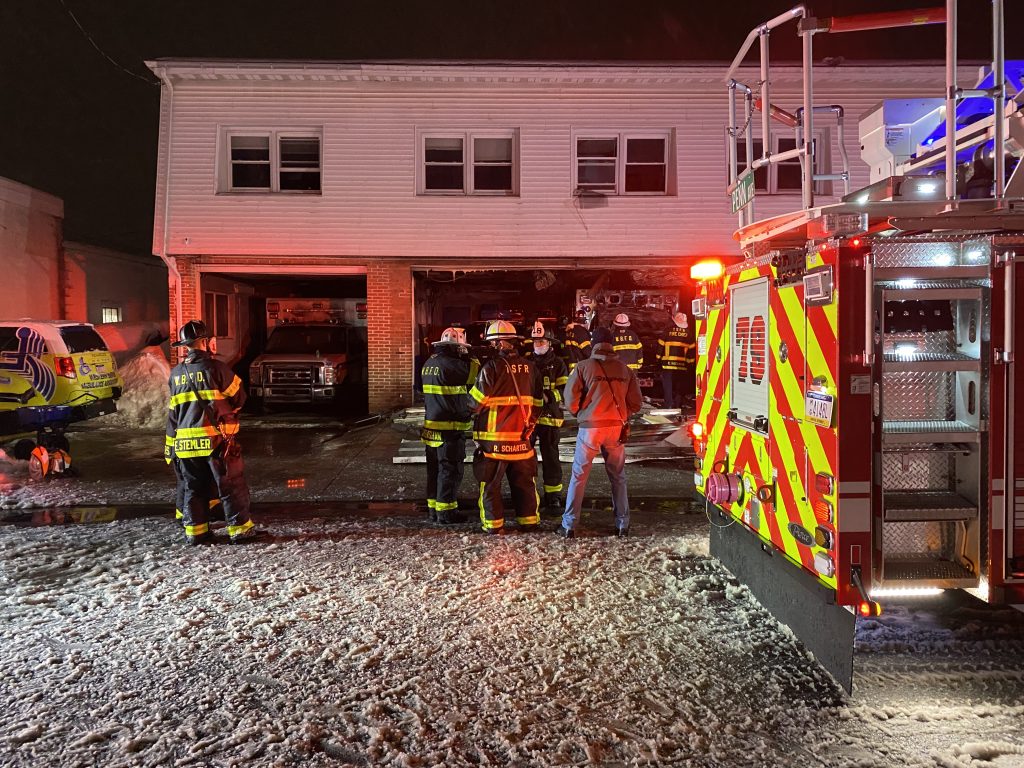 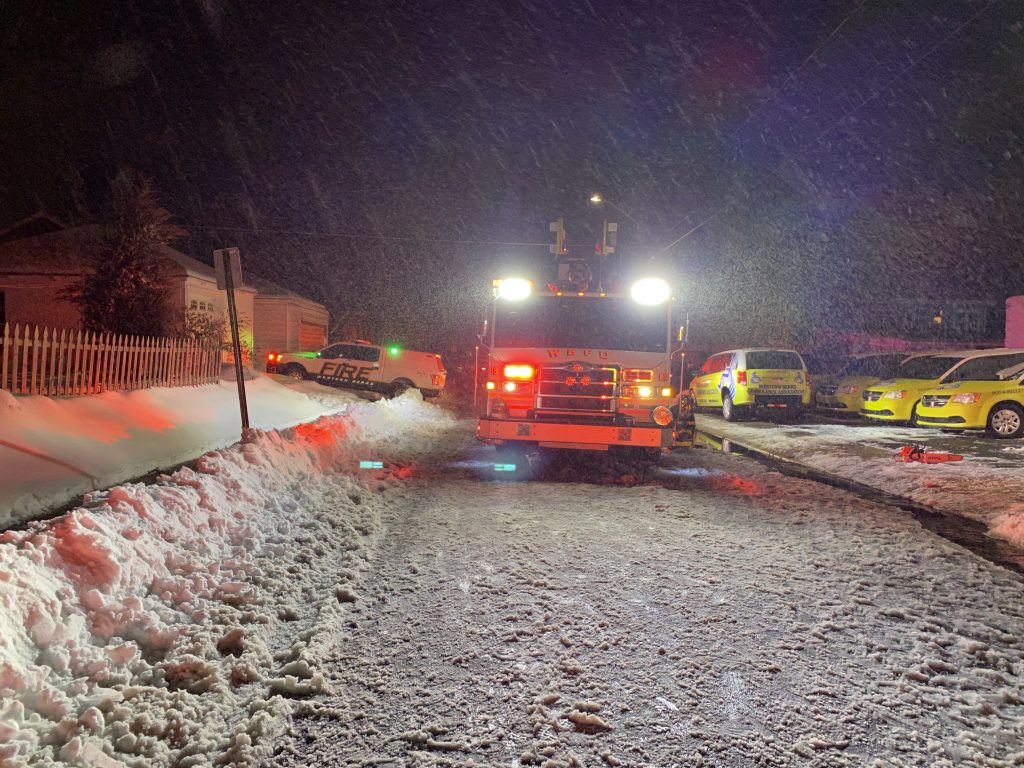 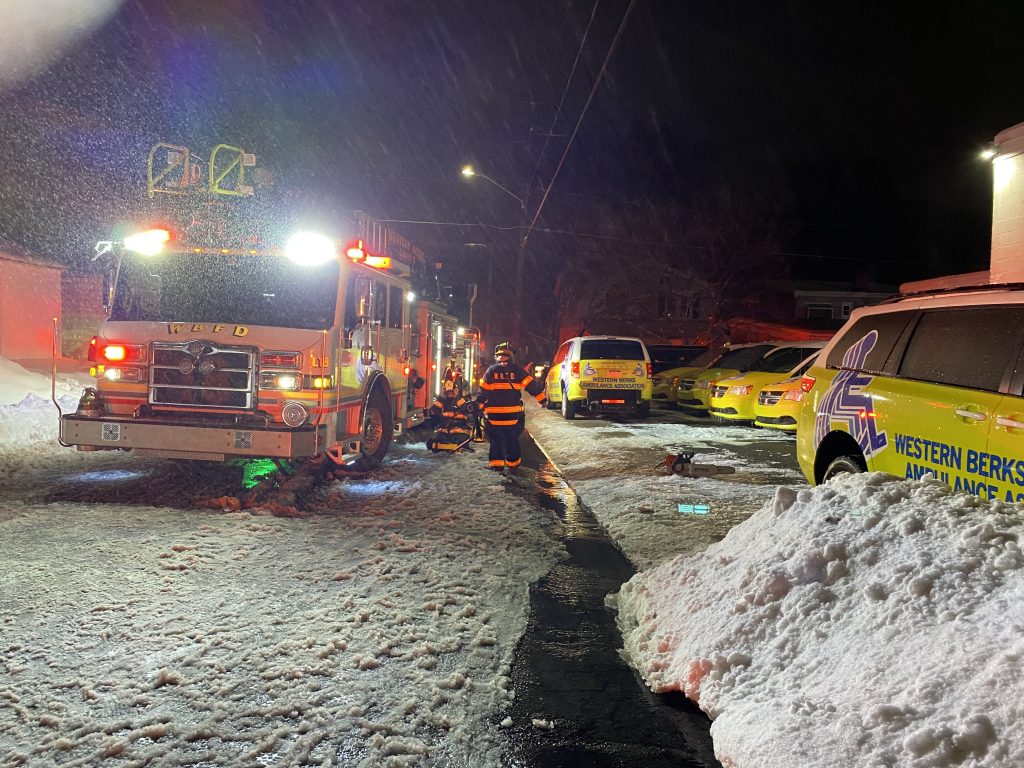 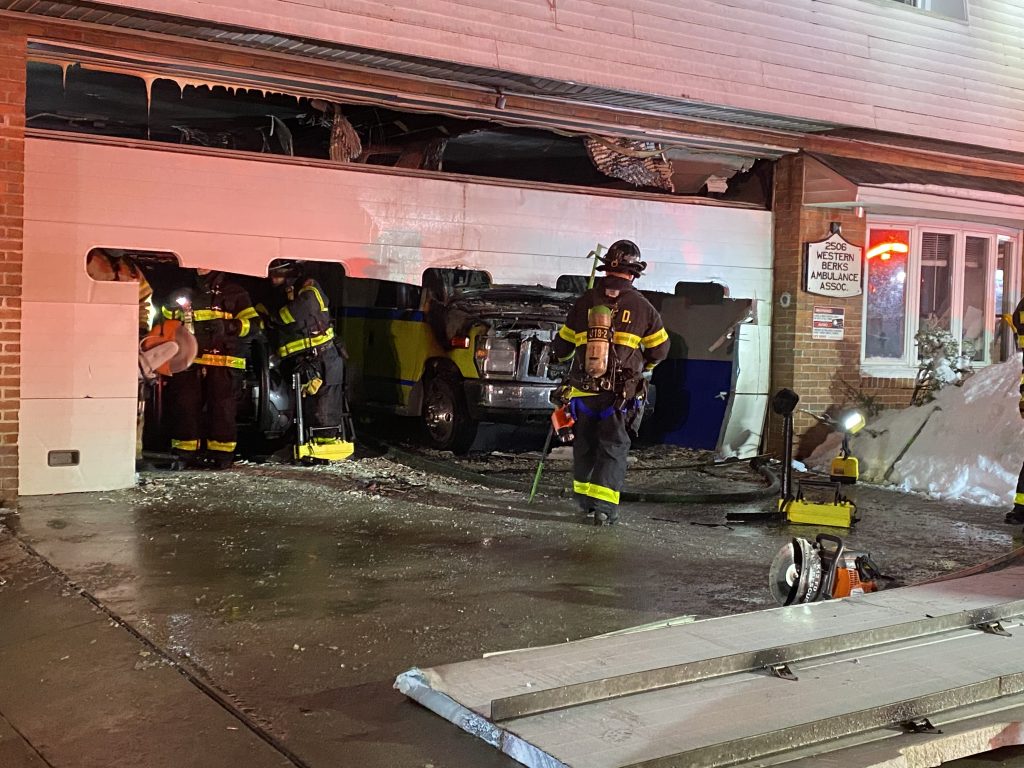 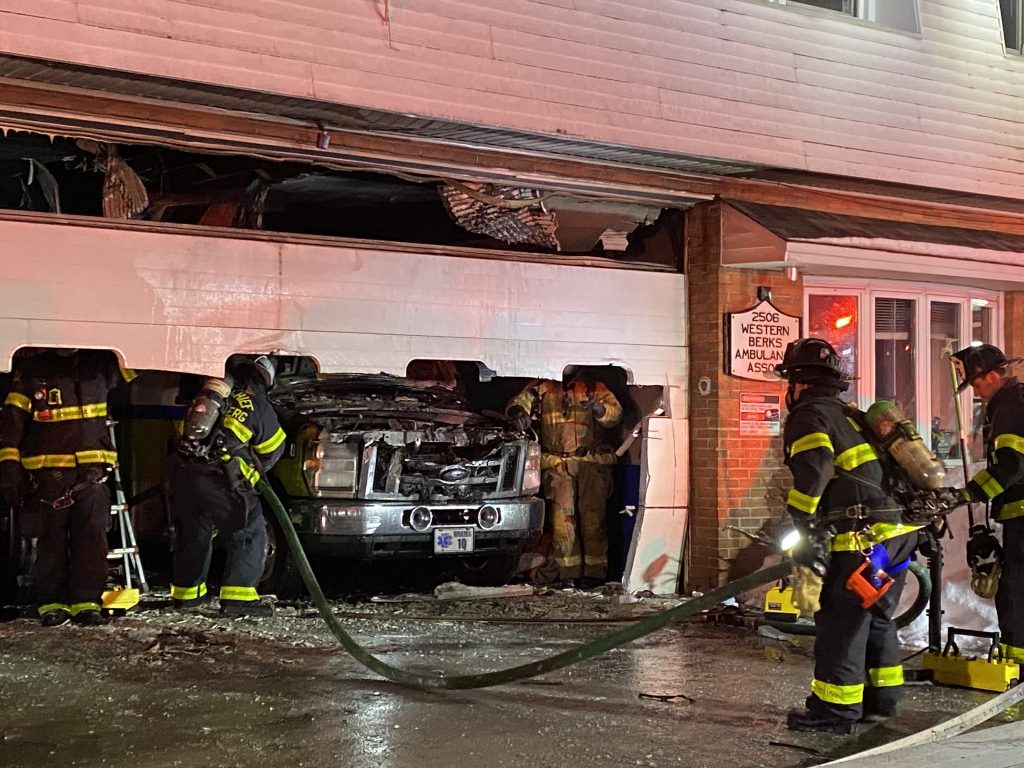 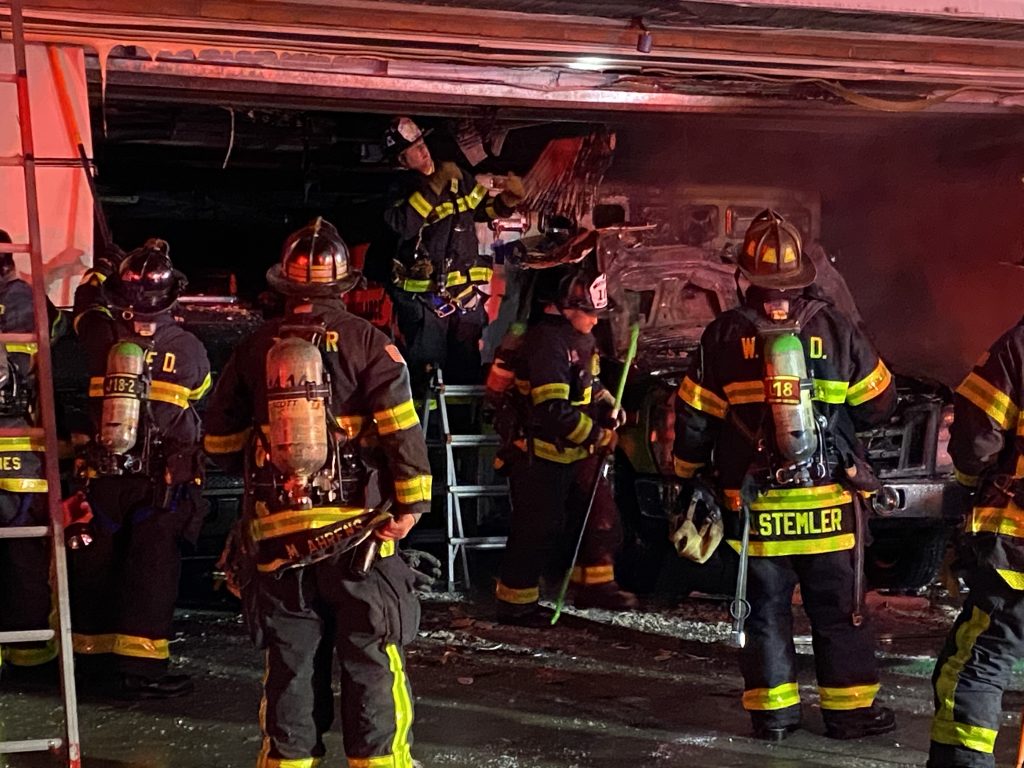 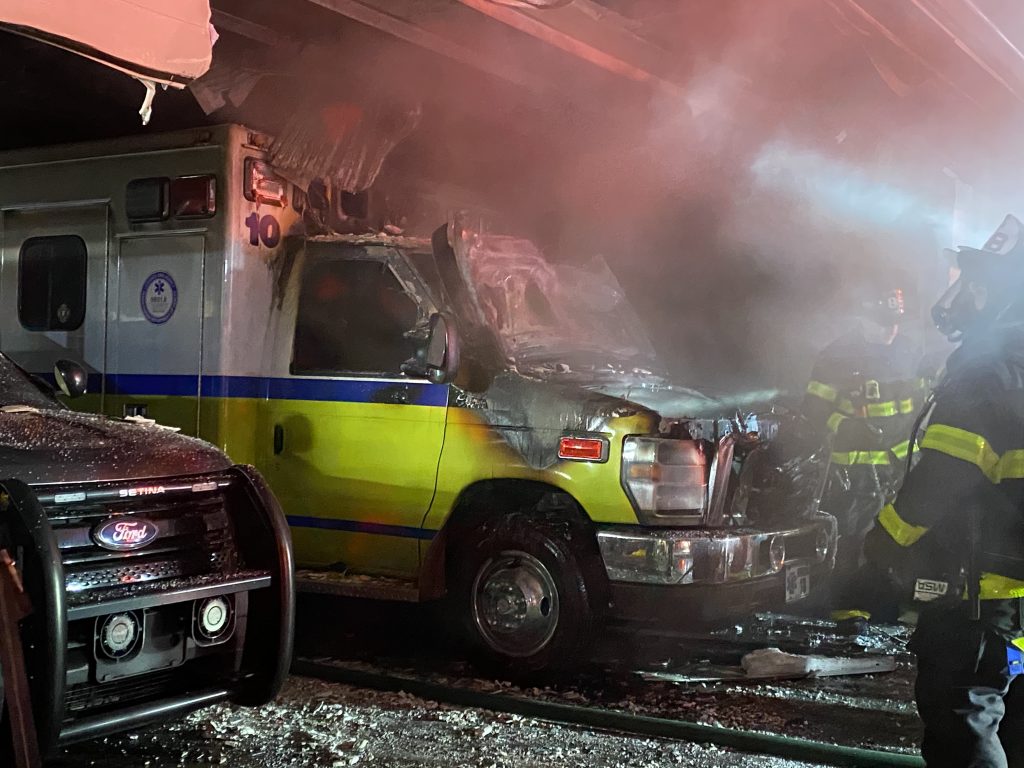 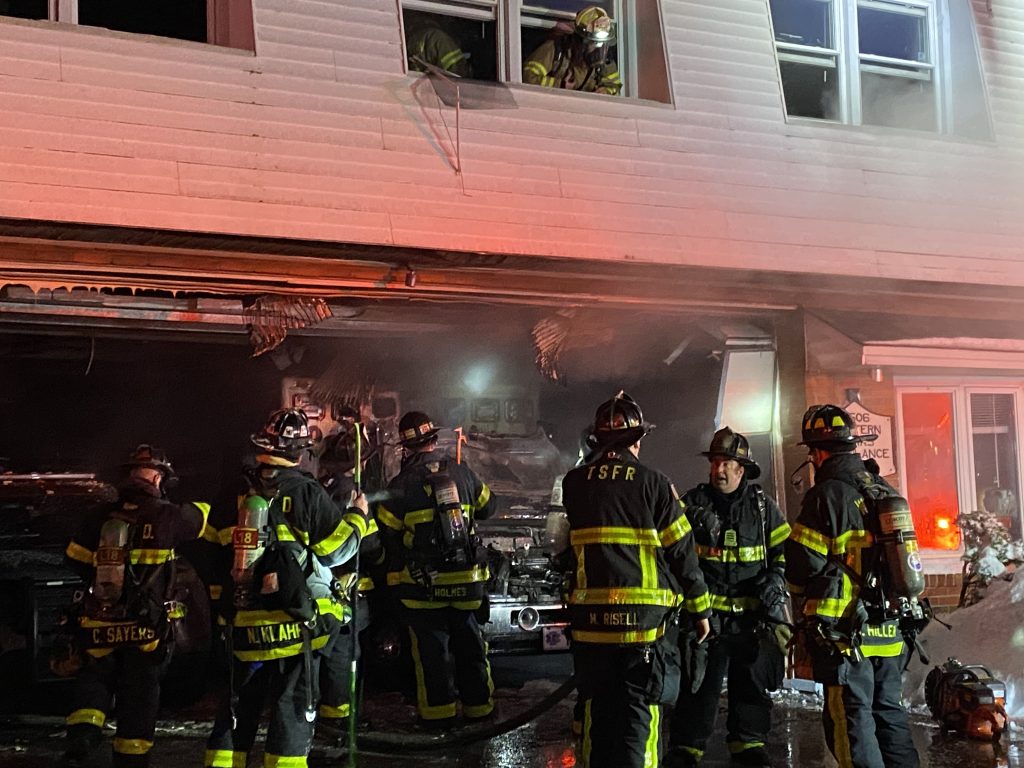 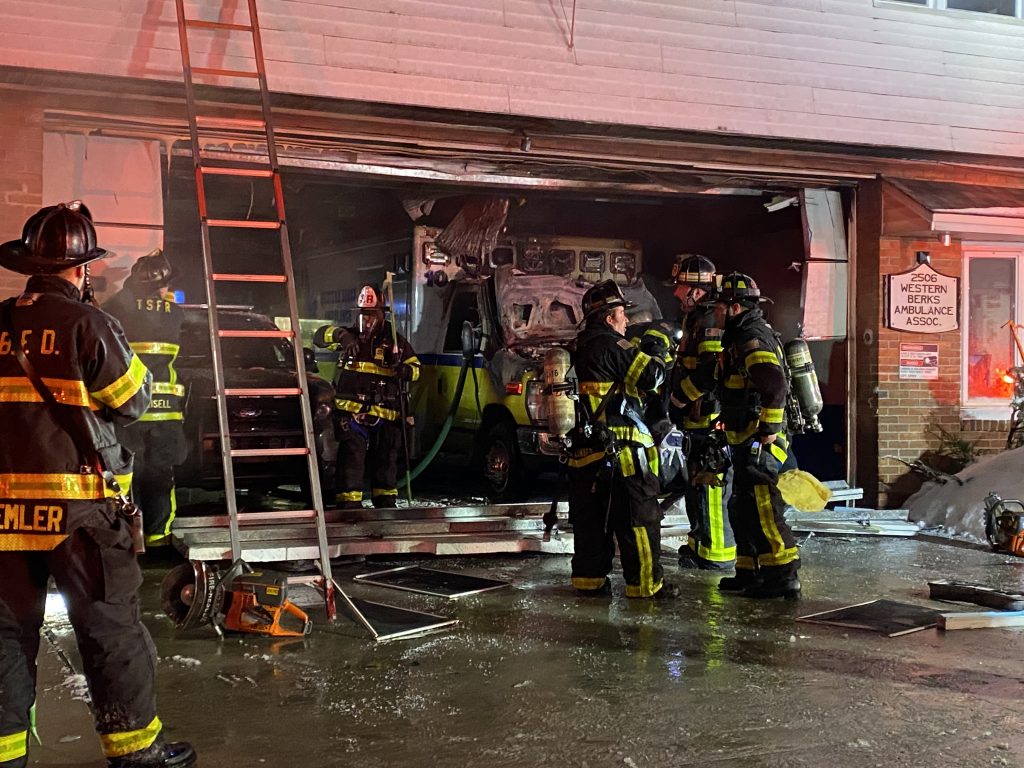 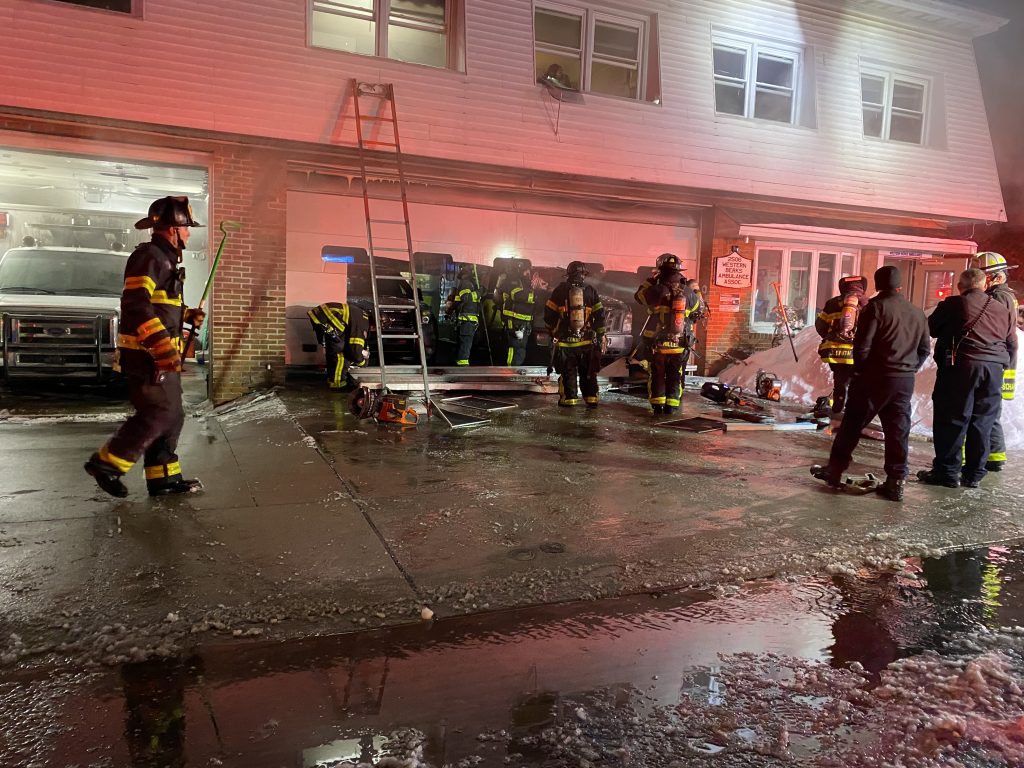 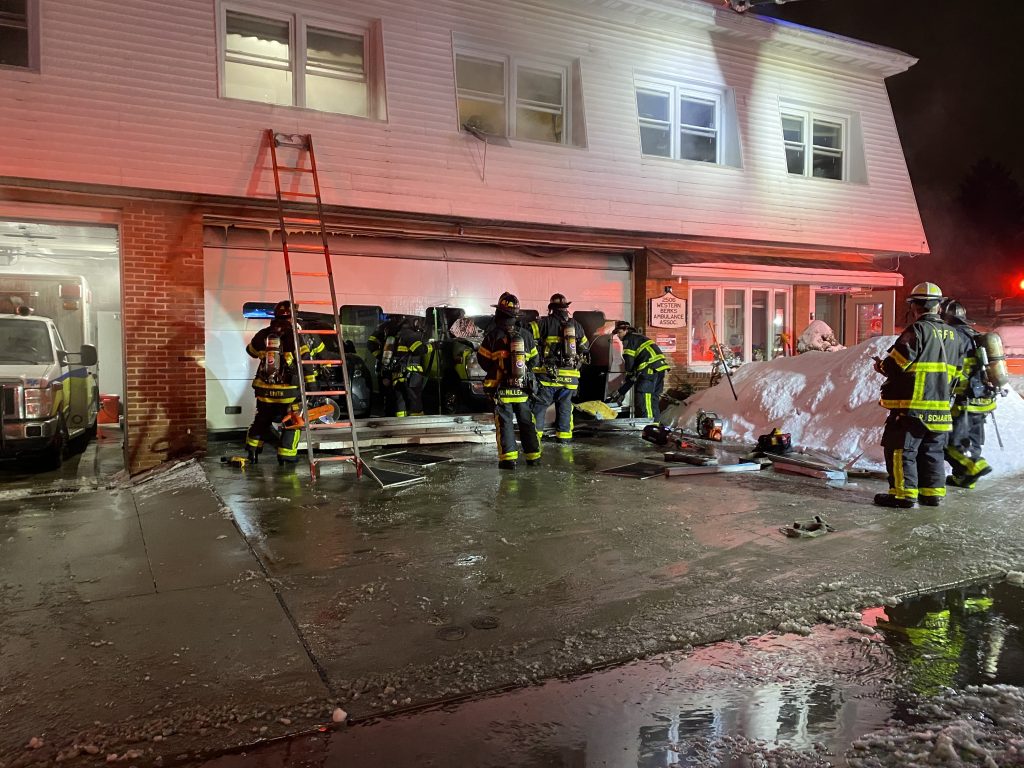 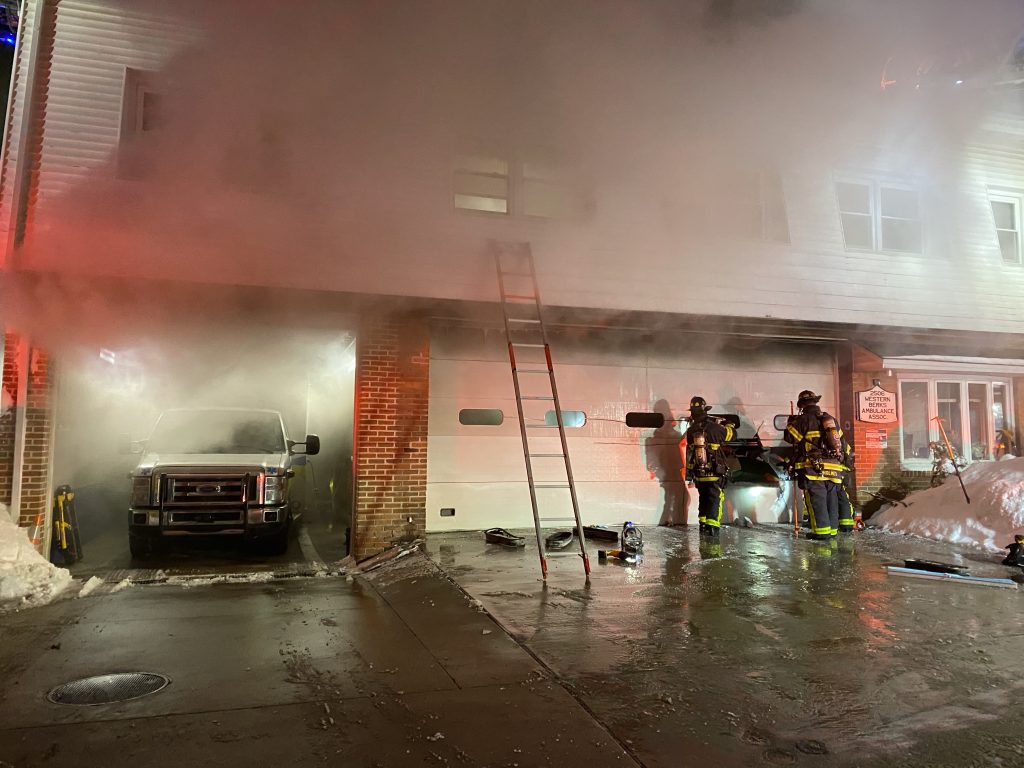 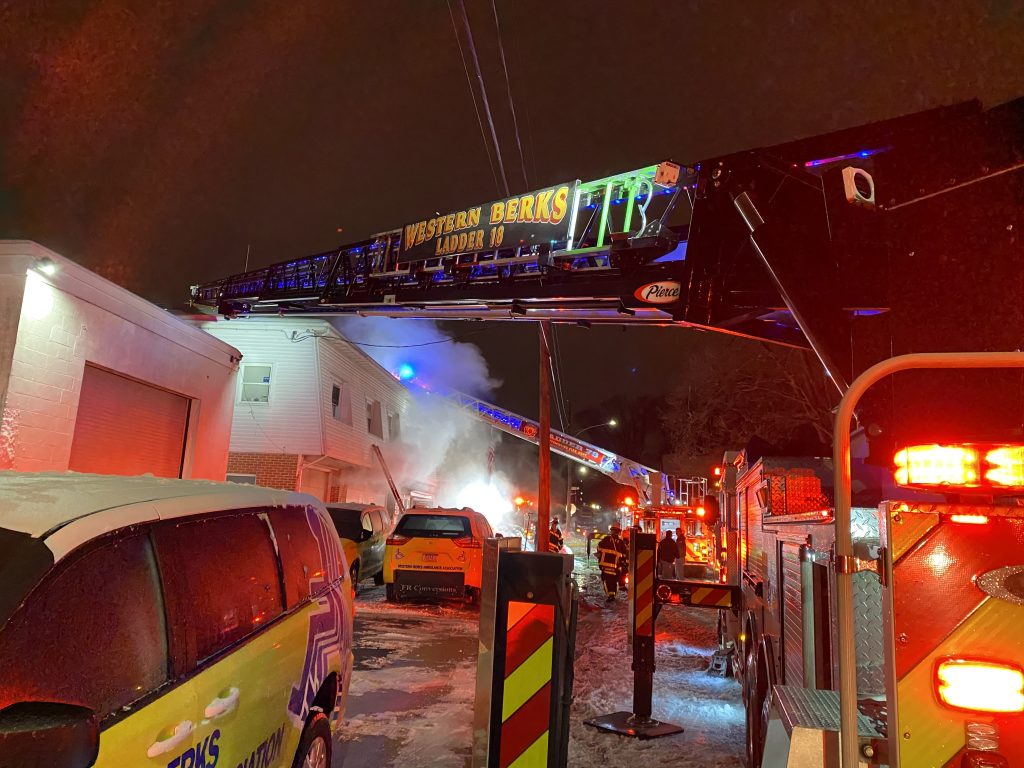 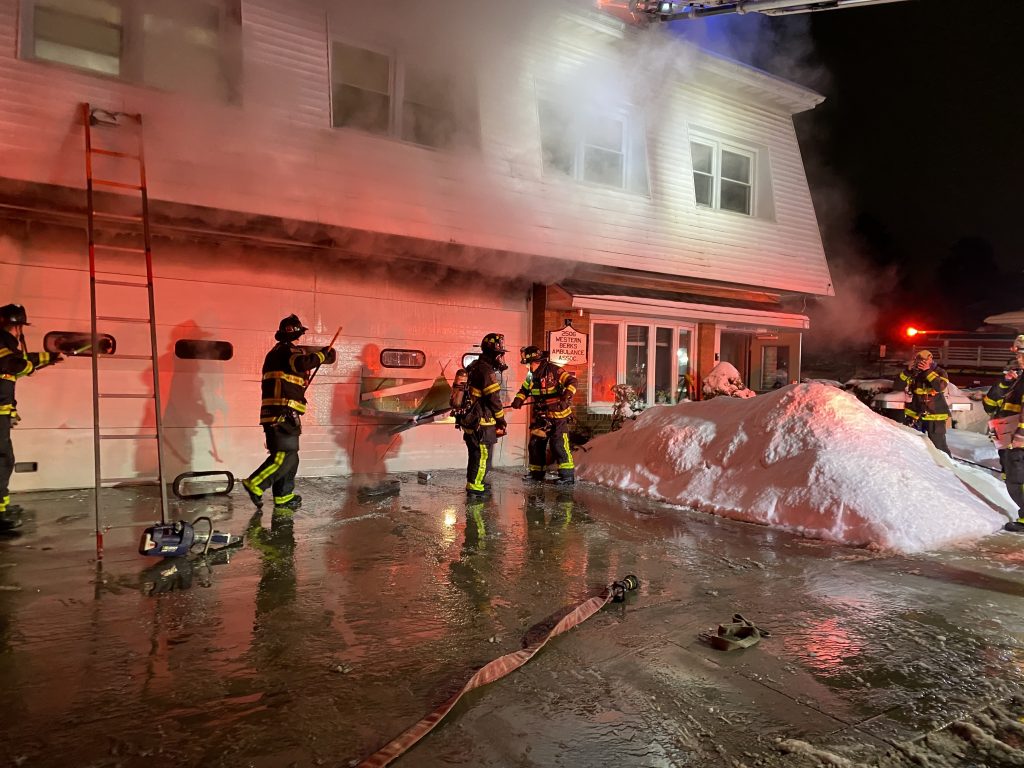 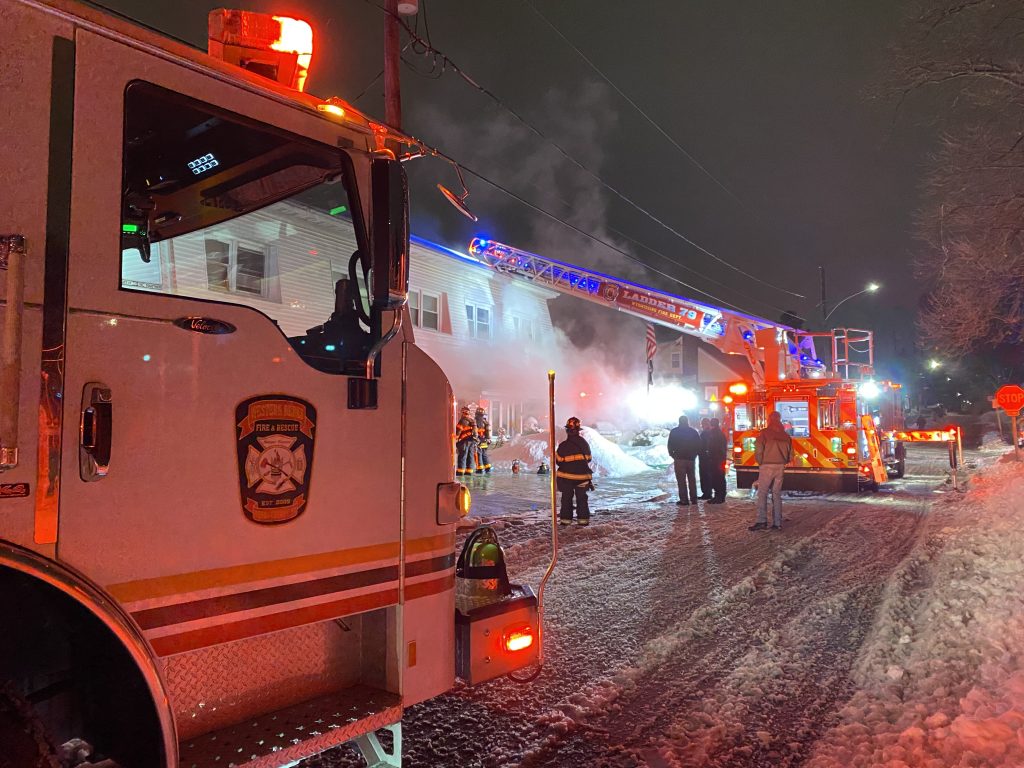