On Saturday October 31st, the WBFD assisted the Greenfields Fire Company with a stand by detail at the Reading Regional Airport for the President who was in town for an event.  FC18 and Rescue Engine 18 with 4 personnel stood by on the runway with Engine 55 and Engine 55-1 in case of an air emergency or an emergency at the event.  FC18 was assigned with fire operations and was in charge of fire crews on the runway during the event, reporting to Chief 55 who held fire command at the event.  Air Force 1 made an successful landing an departure and crews stood by during the event without incident.  Multiple public safety agencies were on hand assisting. 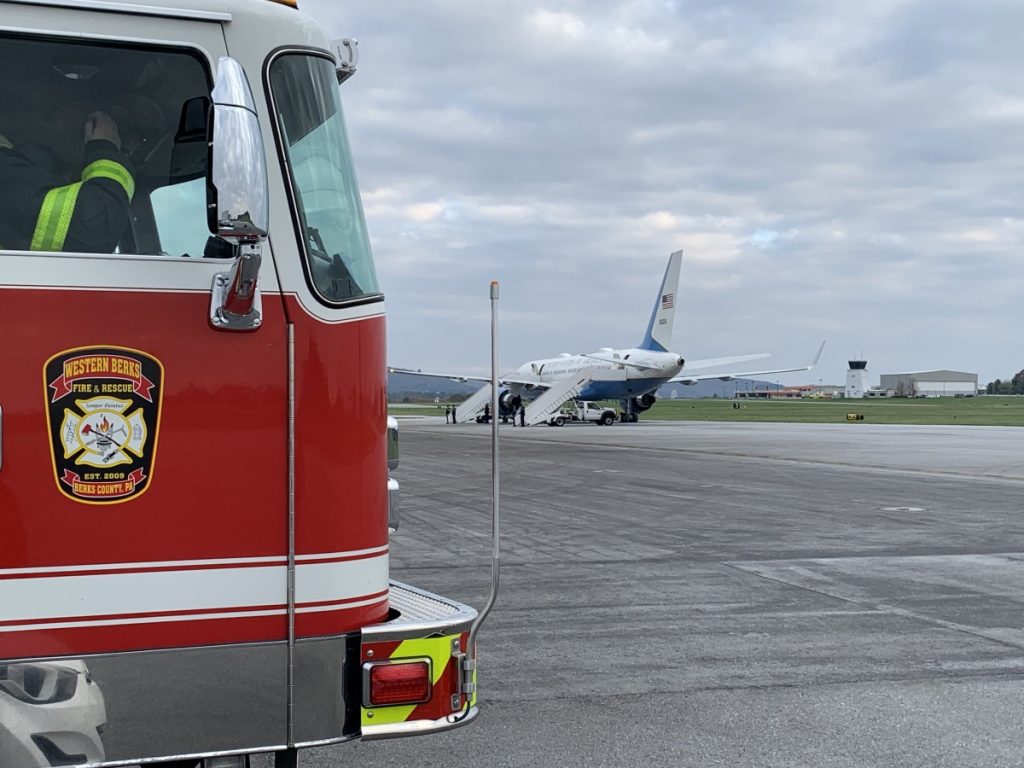 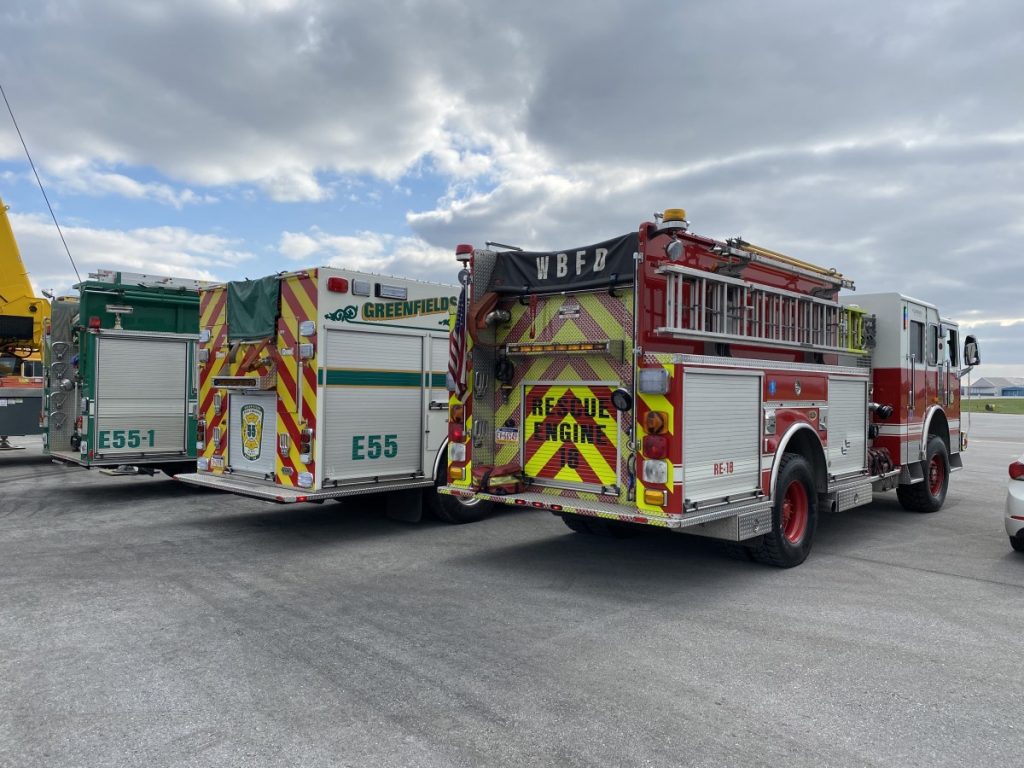 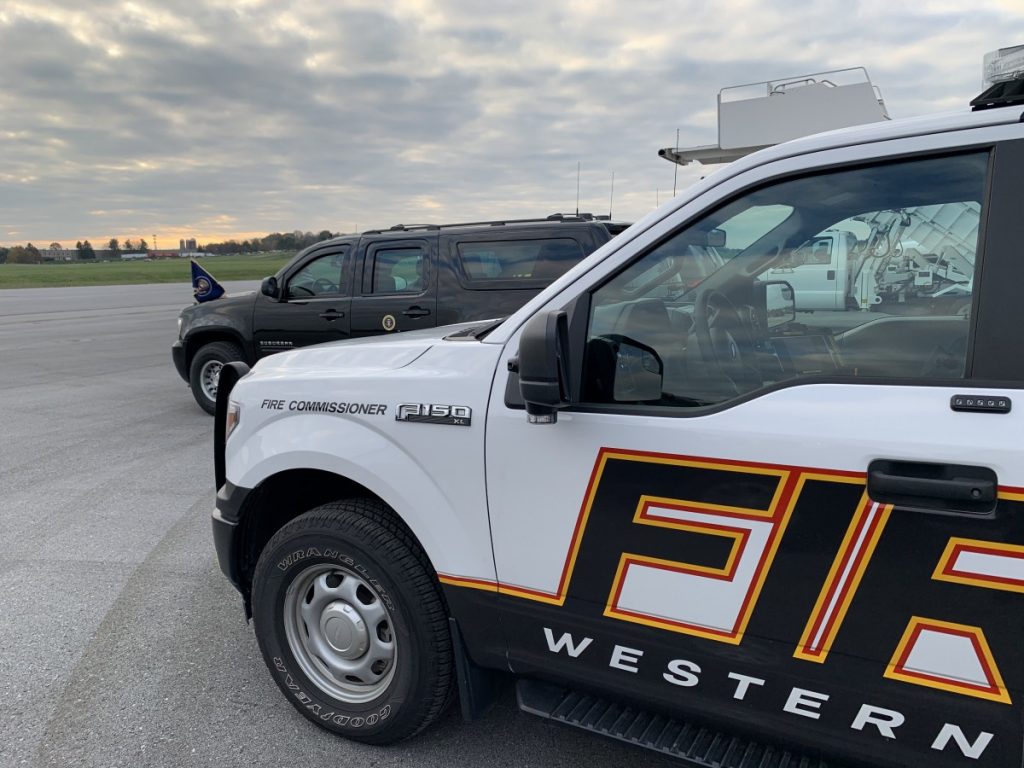 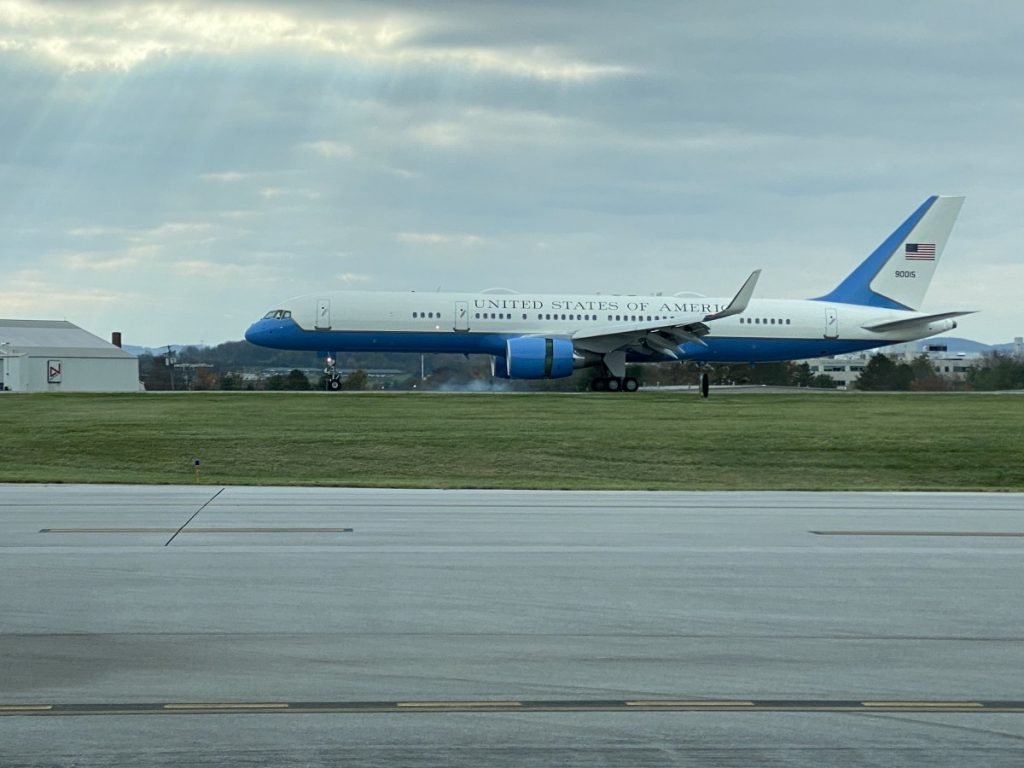 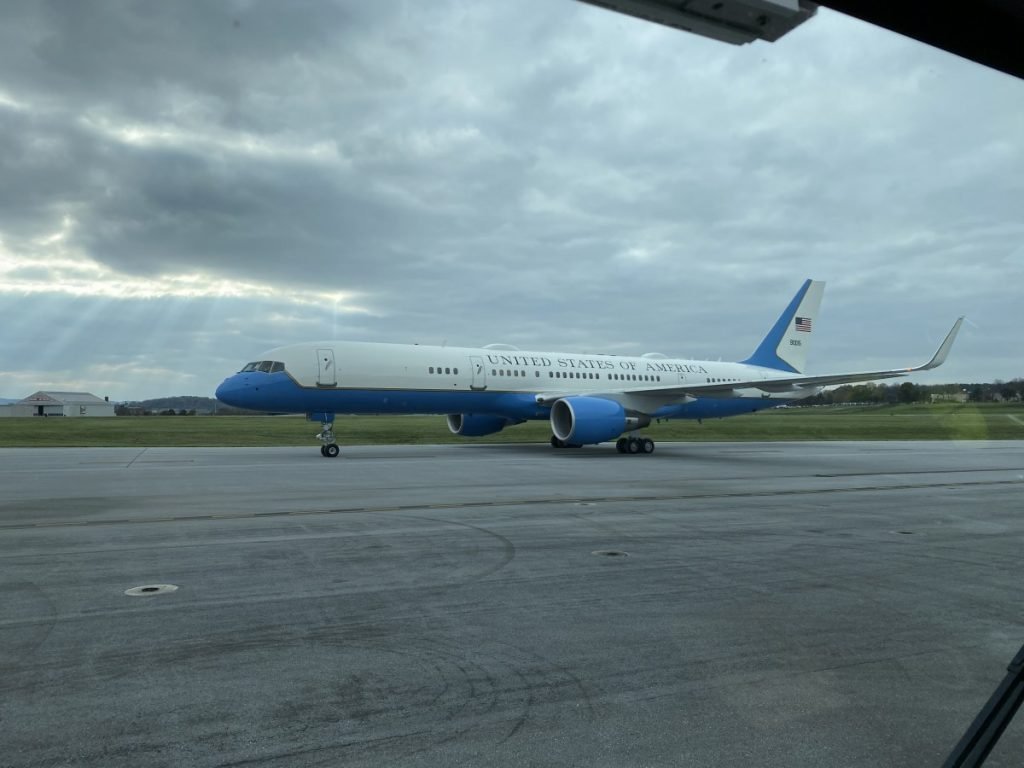 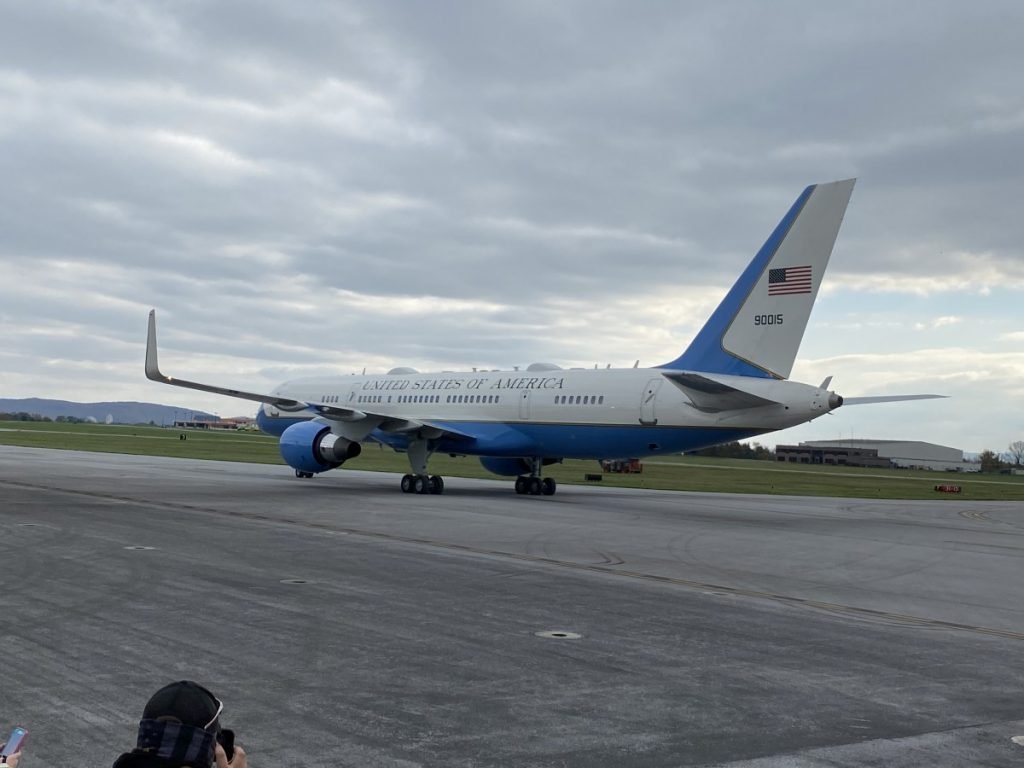 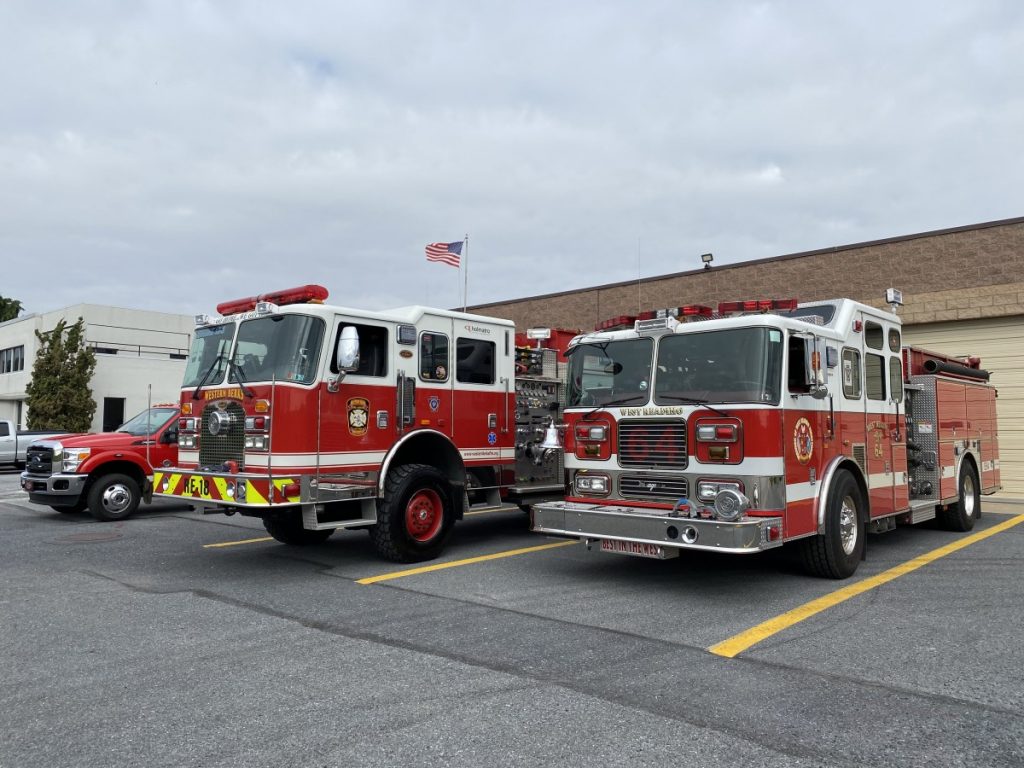 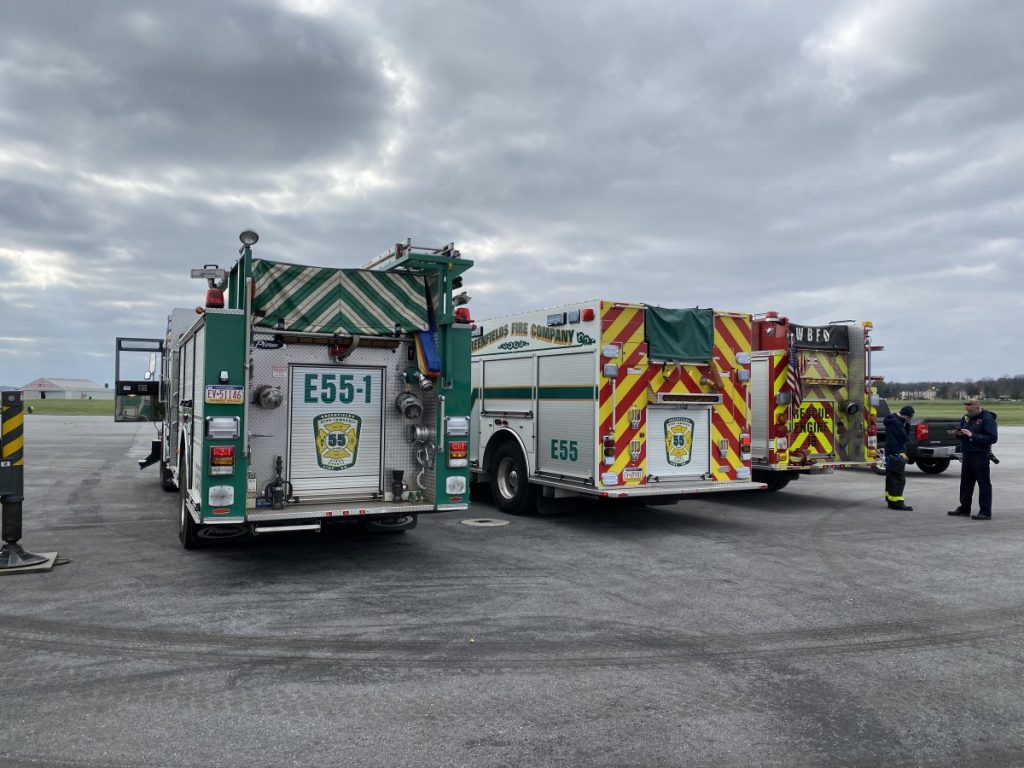 Today our crews have kept busy with four calls for service and a public service detail.

Early this morning the WBFD assisted the Western Berks Ambulance Association on two medical calls. At 1pm this afternoon we participated in the South Heidelberg Township Police Department’s Autism Awareness event at CW East Elementary School. Near the conclusion of the event WBFD units were dispatched to Sportsman Road and Penn Ave in South Hedielberg Township for a Motorcycle Fire. Later on in the day units responded to Sinking Spring Borough for an automatic fire alarm in the 600 block of Vester Place. #teamWBFD ... See MoreSee Less

Thank you for keeping us safe.

Thanks for coming out. Made my little guy’s day!

Thank you, WBFD for all you do!

Thank you for all you do!

Thank you for your service.

Tomorrow afternoon we’ll be taking part in the Autism Awareness event hosted by the South Heidelberg Township Police Department. Ladder 18 and Engine 18-1 will be on display along with our crews. Feel free to stop by and say hello! Personnel and equipment will also be on display from Western Berks Ambulance Association as well as SHTPD. The event is taking place outside on the grounds of Conrad Weiser East Elementary, we look forward to seeing everyone there! ... See MoreSee Less

When this happens, it's usually because the owner only shared it with a small group of people, changed who can see it or it's been deleted.
View on Facebook
·Share

T-shirts are available online to support the event and cause. All proceeds go to Unending Promise. rockhoundapparel.squarespace.com/shautism

Earlier this evening the WBFD was dispatched to assist the Cumru Township Fire Department with a brush fire in the 000 block of Holly Lane in Cumru Township. ATV 18-3 and ATV 18-4 responded and WBFD crews assisted with controlling hot spots. WBFD units were on scene for approximately 45 minutes before being released. #teamWBFD ... See MoreSee Less