On Wednesday August 12th around 12:20pm, the WBFD and mutual aid units were dispatched to the 100 block of Fox Hill Drive in South Heidelberg Township for a vehicle fire.  During the response Berks DES advised units a garbage truck had smoke coming from the engine compartment.  Engine 18-1 arrived on scene and had nothing showing from the garbage truck.  Upon further investigation, crews located a small electrical related fire underneath the cab.  Crews worked to extinguish the small fire, and utilized the cab tilt on the vehicle to gain access to the underside of the cab.  WBFD crews operated on scene for approximately 30 minutes before clearing.  We were assisted by Robesonia Fire Company (Tanker 26) and Reinholds Fire Company (LanCo Engine 18-1) which were recalled prior to arriving on scene. 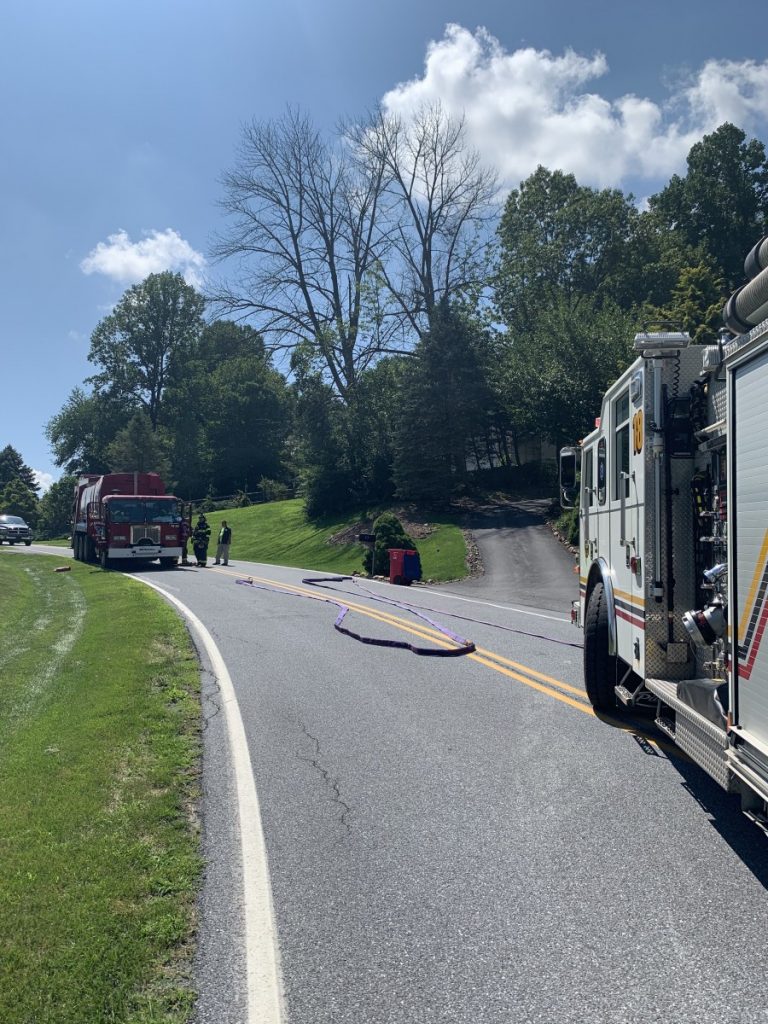 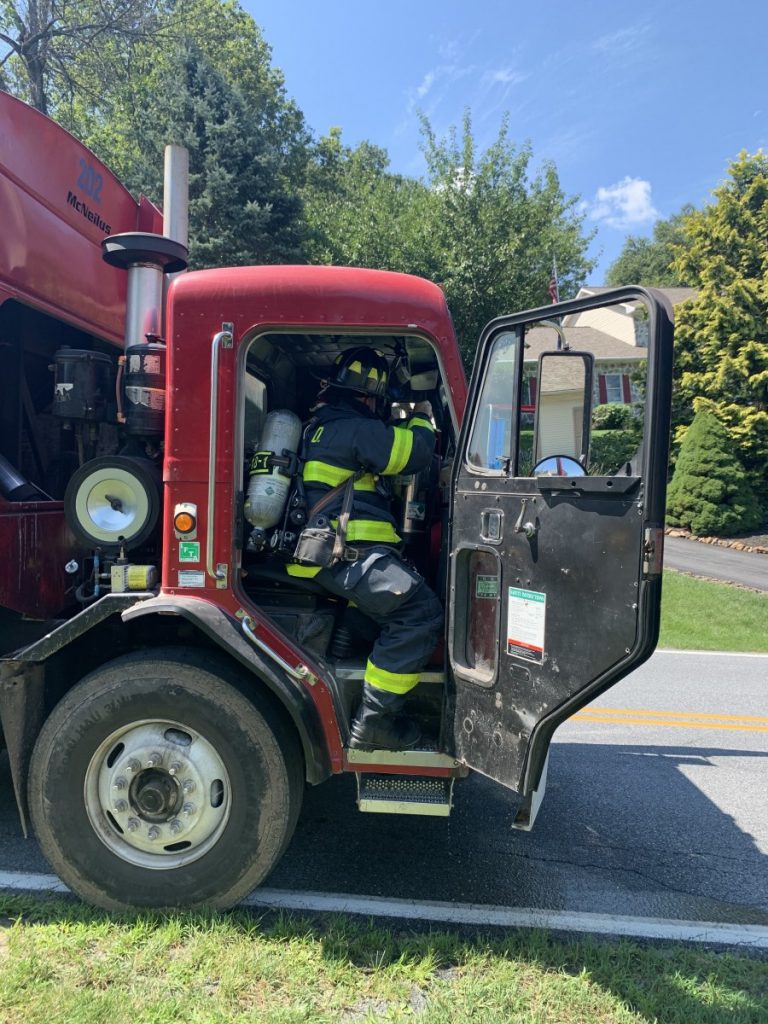 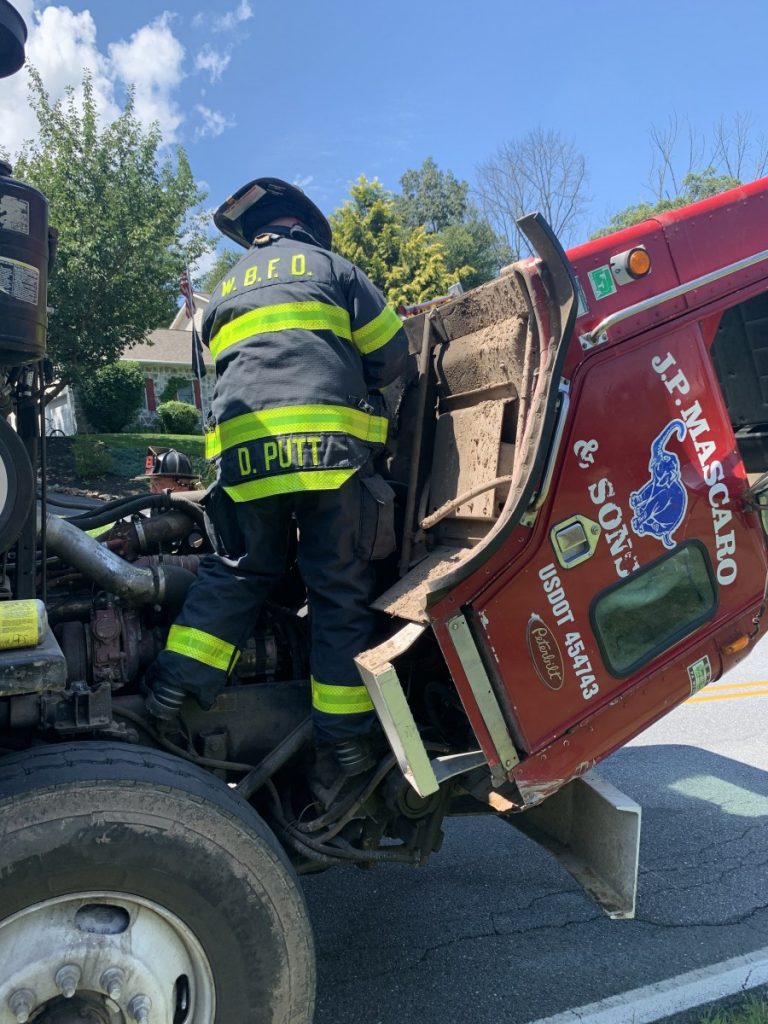 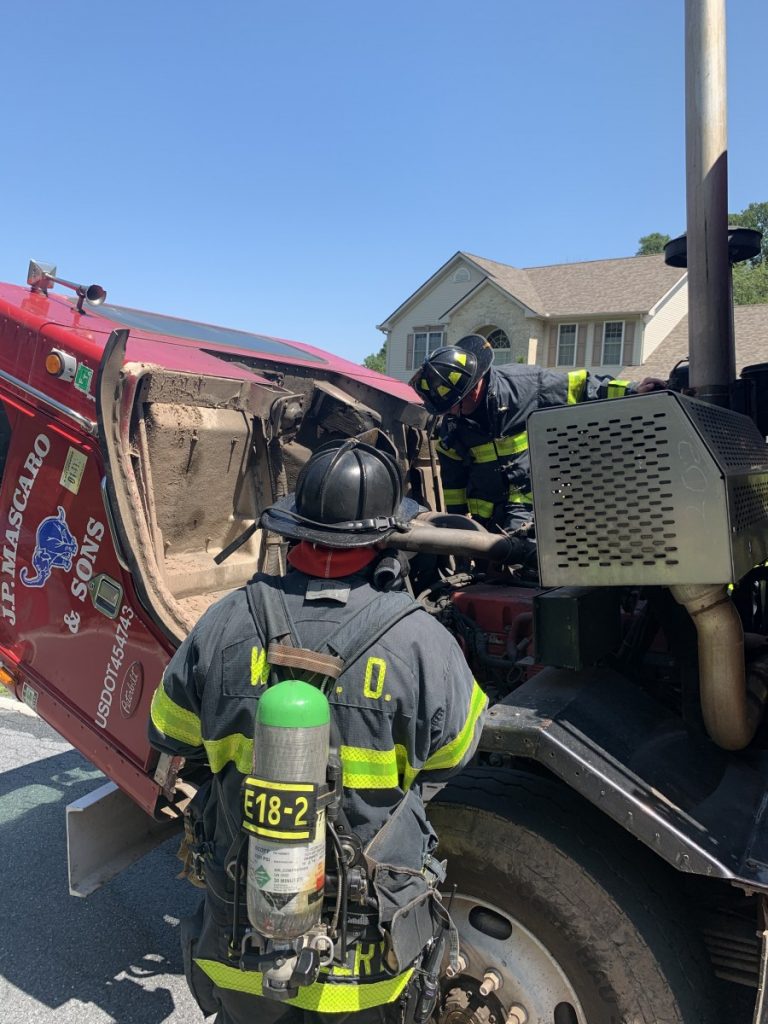