On Monday September 21st at 2:16pm, the WBFD was dispatched to the intersection of Krick Lane and Penn Ave in South Heidelberg Township for an accident with injuries.  Berks County Communications advised responding units that police units were on scene with a motor vehicle accident after a vehicle pursuit.  Engine 18-2, Rescue 18 and Utility 18-2 made the response and arrived on scene with a two vehicle accident in the intersection.  WBFD crews assisted EMS with patient care along with the mitigation of a large amount of fluids and debris from both vehicles.  Crews remained on scene for approximately 1 hour until the vehicles were removed by the tow company.  The roadway was shut down for almost two hours while South Heidelberg Township Police completed an accident investigation. 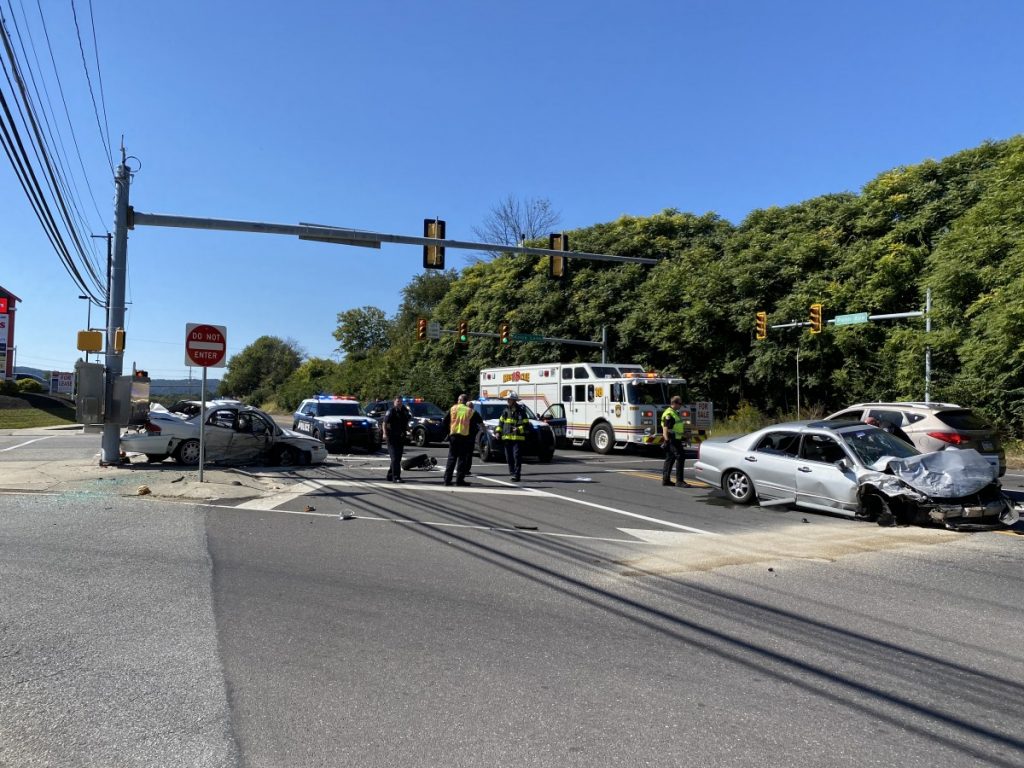 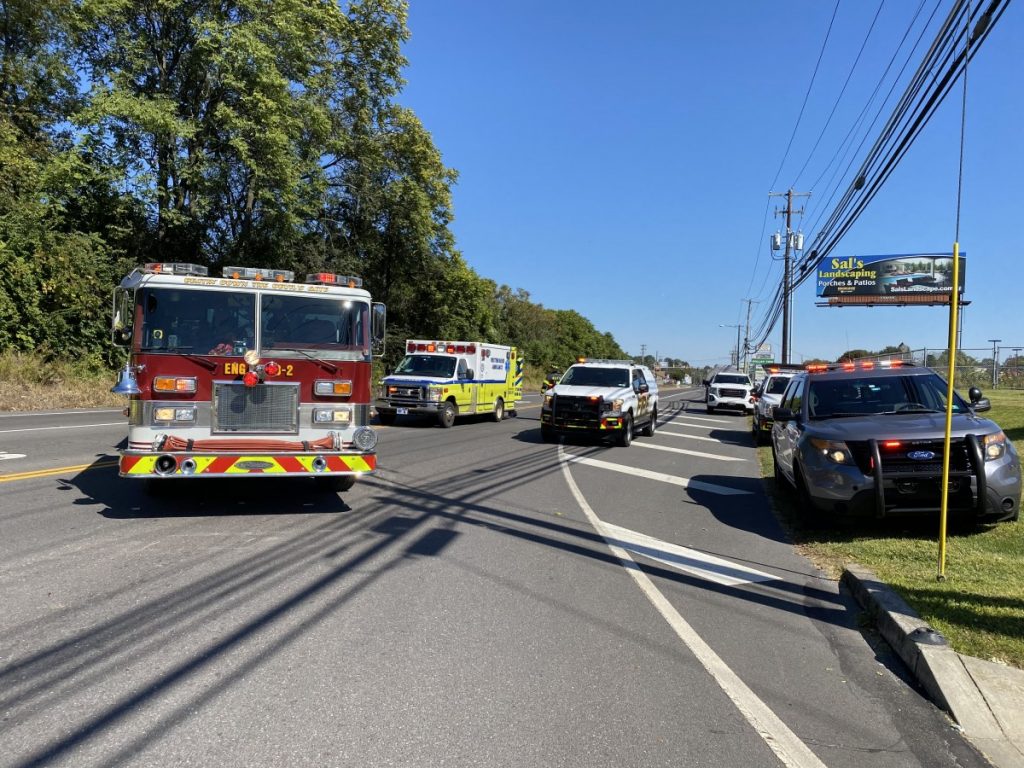