On Sunday April 19th, around 11:45am the Western Berks Fire Department was dispatched to a structure fire on Cushion Peak Road in South Heidelberg Township.  As fire units went responding, Berks DES advised that the caller was reporting a garage on fire.  Engine 18-1 arrived on scene within a few minutes and had a riding mower on fire in the driveway of a residential structure.  The homeowner was able to remove the mower from the garage area and the damage to the structure was minimal.  Western Berks Ambulance Association tended to one patient.  Fire crews extinguished the riding mower and checked for extension in the garage.  Crews operated on scene for approximately 45 minutes before returning. 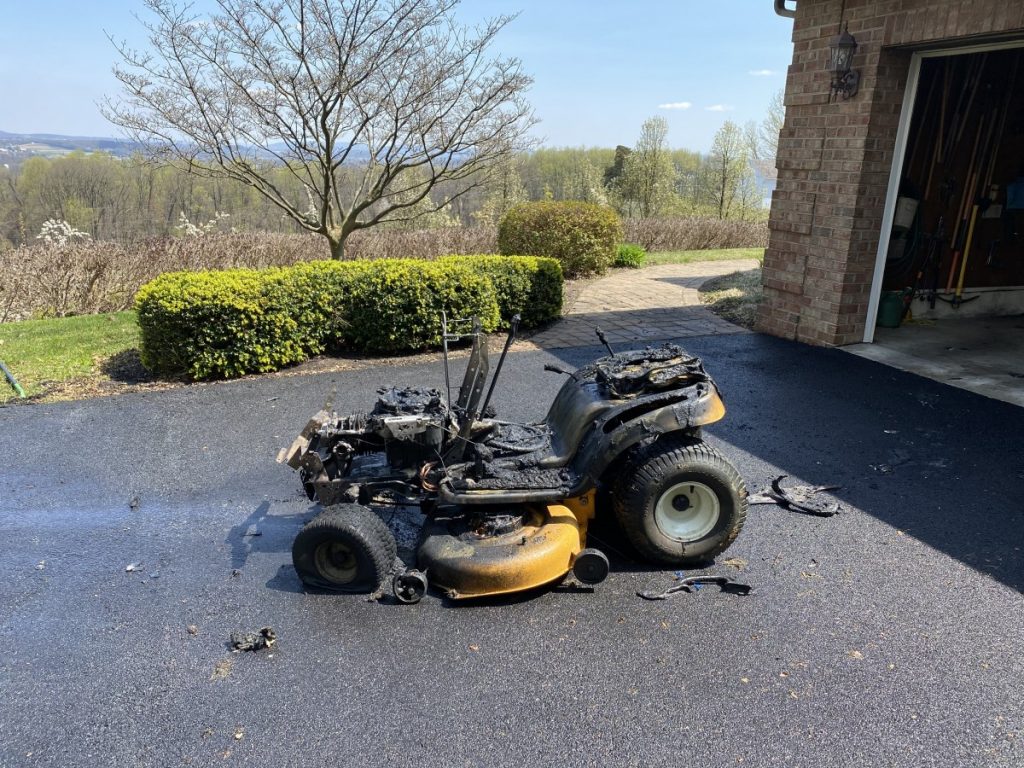 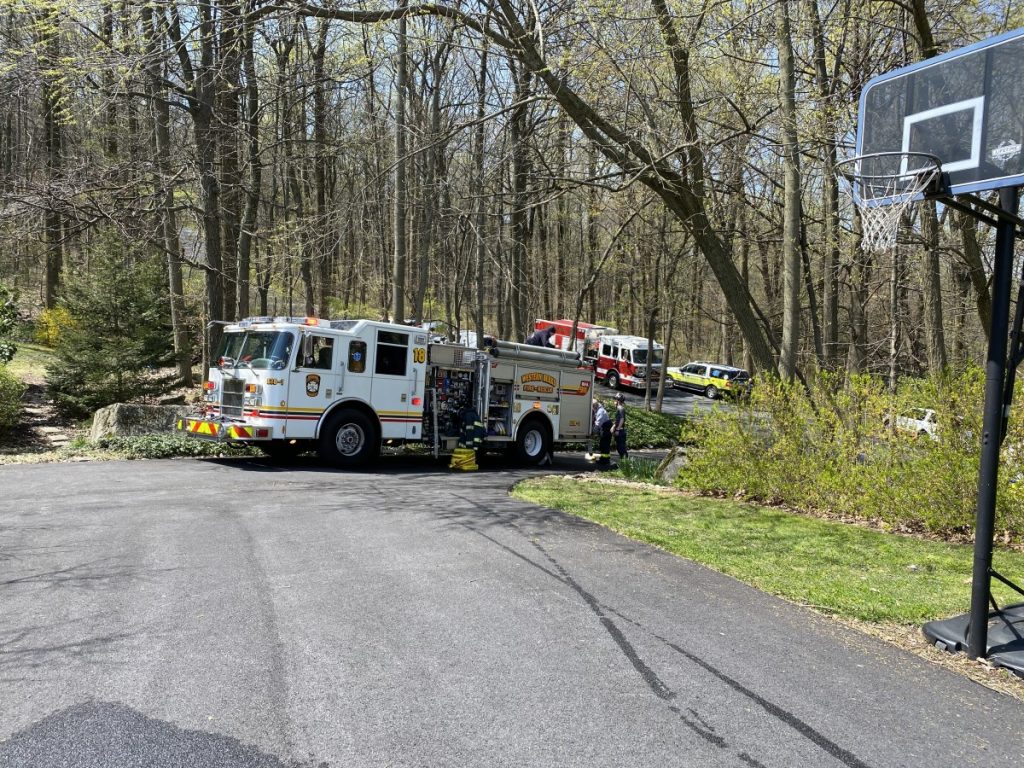 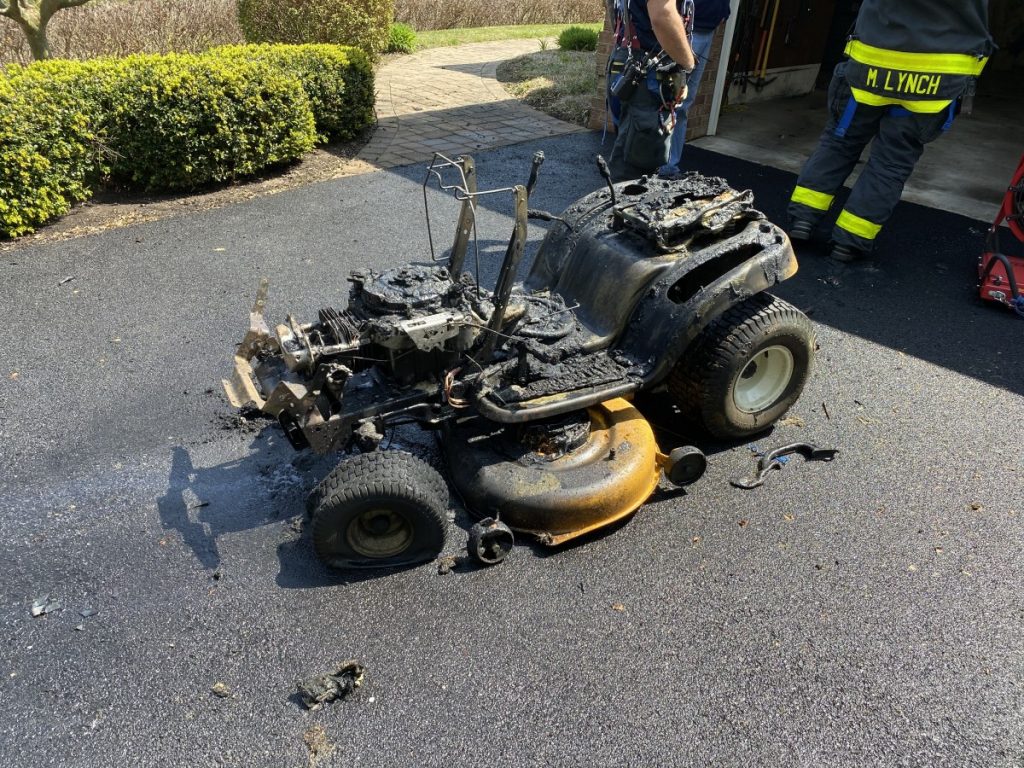