On Thursday January 21st around 5:30pm the WBFD was dispatched to the 100 block of Belle Alto Road in South Heidelberg Township for a dumpster fire.  Responding units encountered a visible smoke column on approach and had flames showing from a dumpster on arrival, which was being loaded with scrap vehicles when the fire occurred.    Engine 18-1 arrived on scene and was ordered to attack the fire with their deck gun for a quick knockdown of the of the fire in order to protect a barn within a close proximity to the dumpster.  Engine 18-2 arrived on scene with additional manpower and deployed a single hand line from Engine 18-1 to knock down the remaining fire.  Crews utilized a rotary saw to cut holes into the lower portion of the dumpster to access hidden fire in the bottom of the dumpster.  Crews operated on scene for approximately 1 hour before returning available.  We were assisted by Tanker 42 from Cumru Township Fire Department. 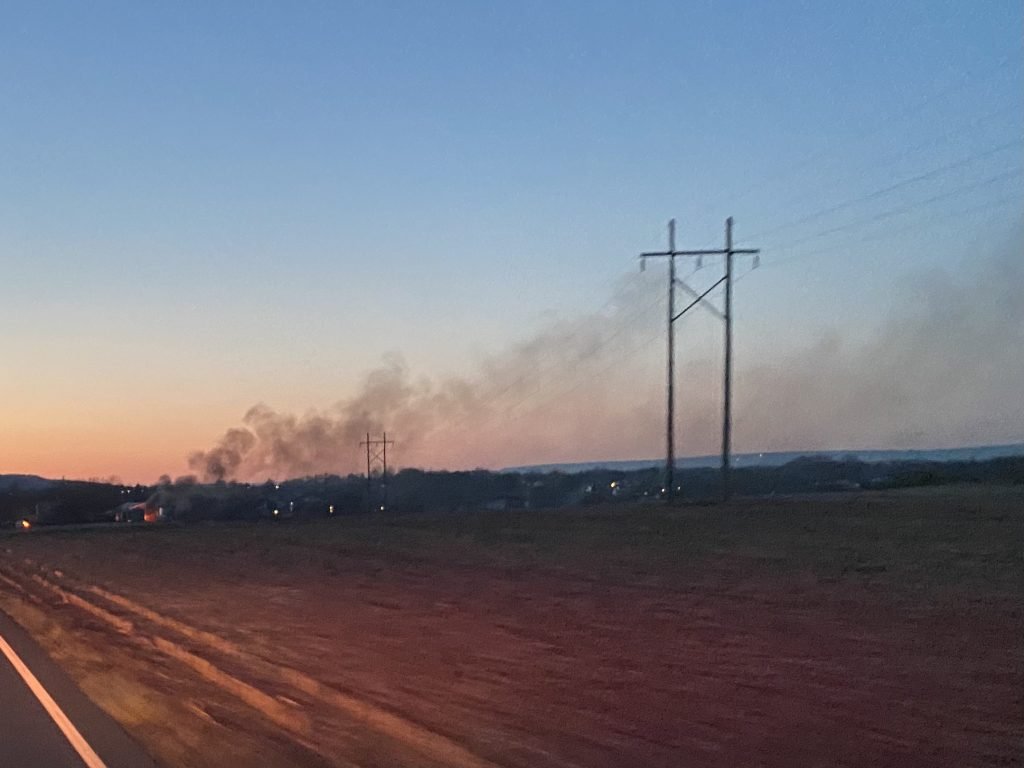 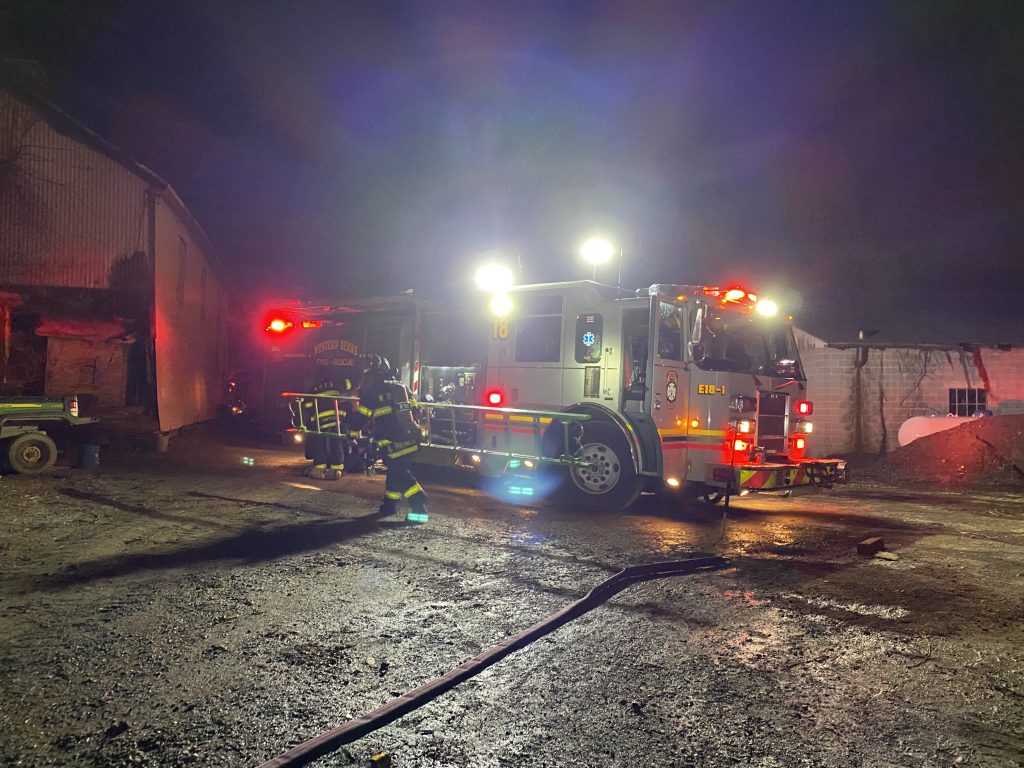 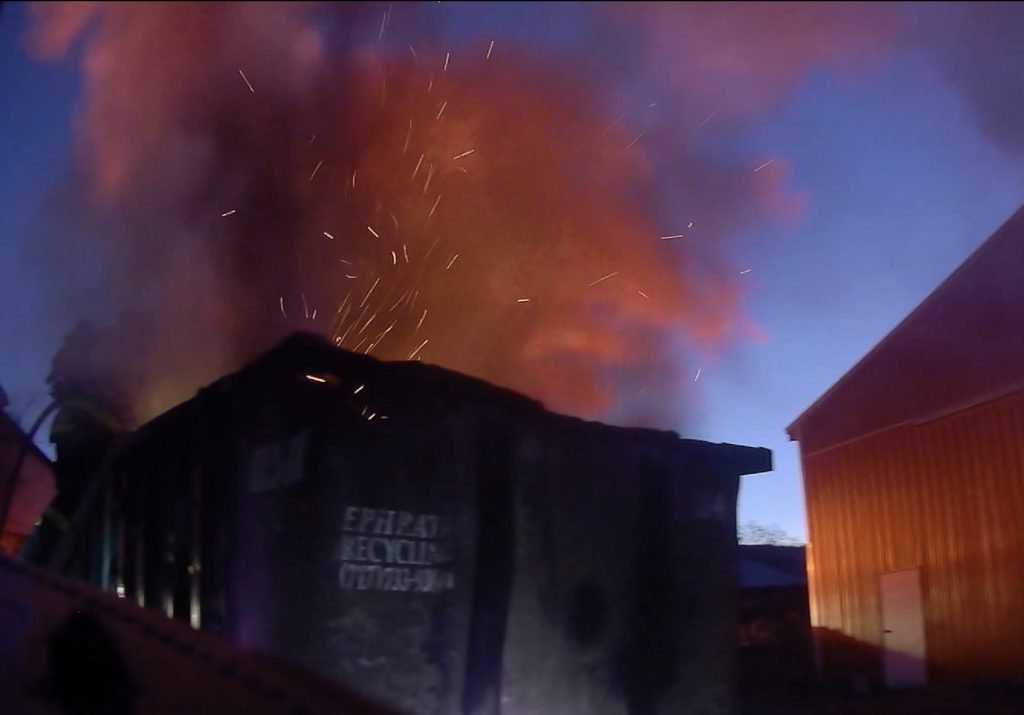 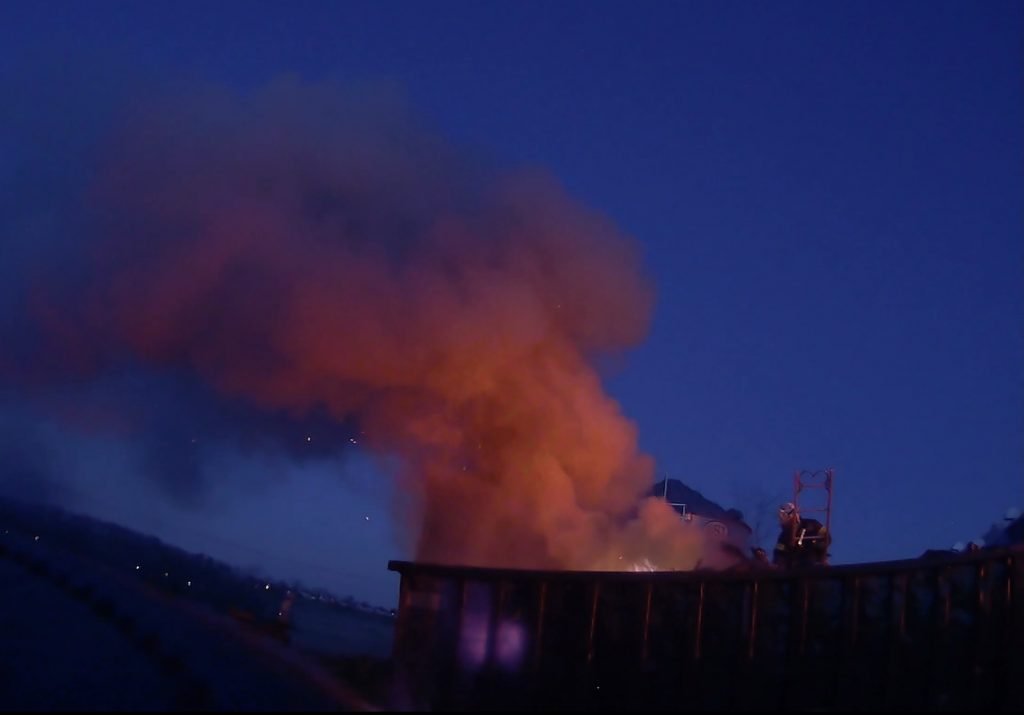 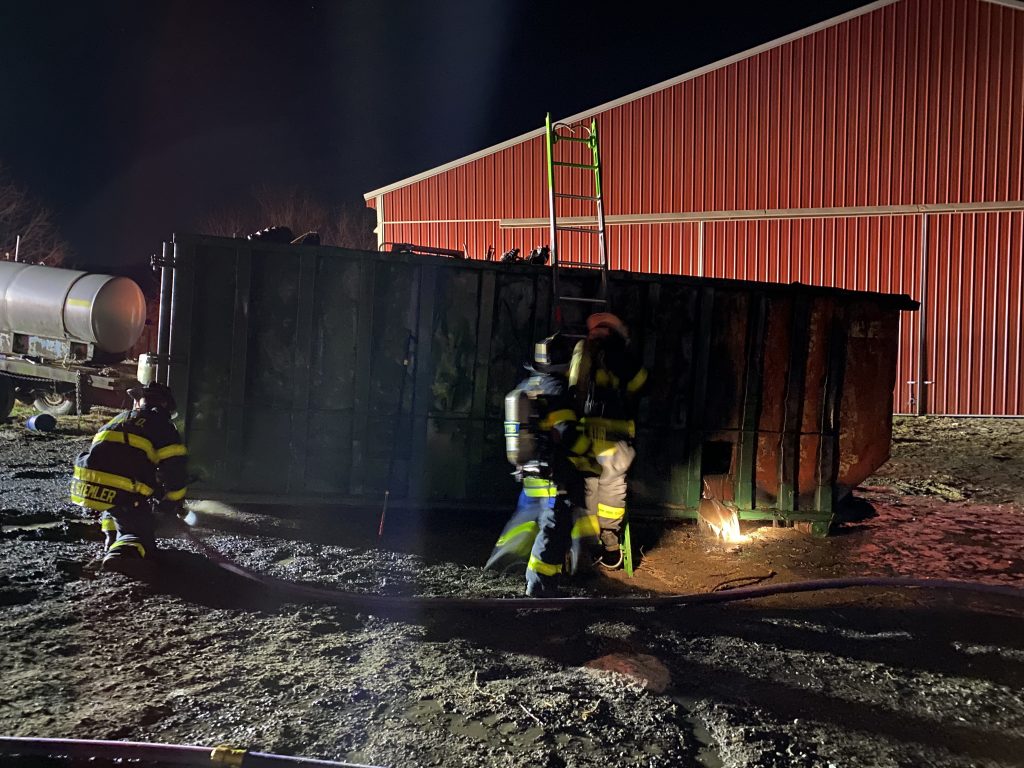 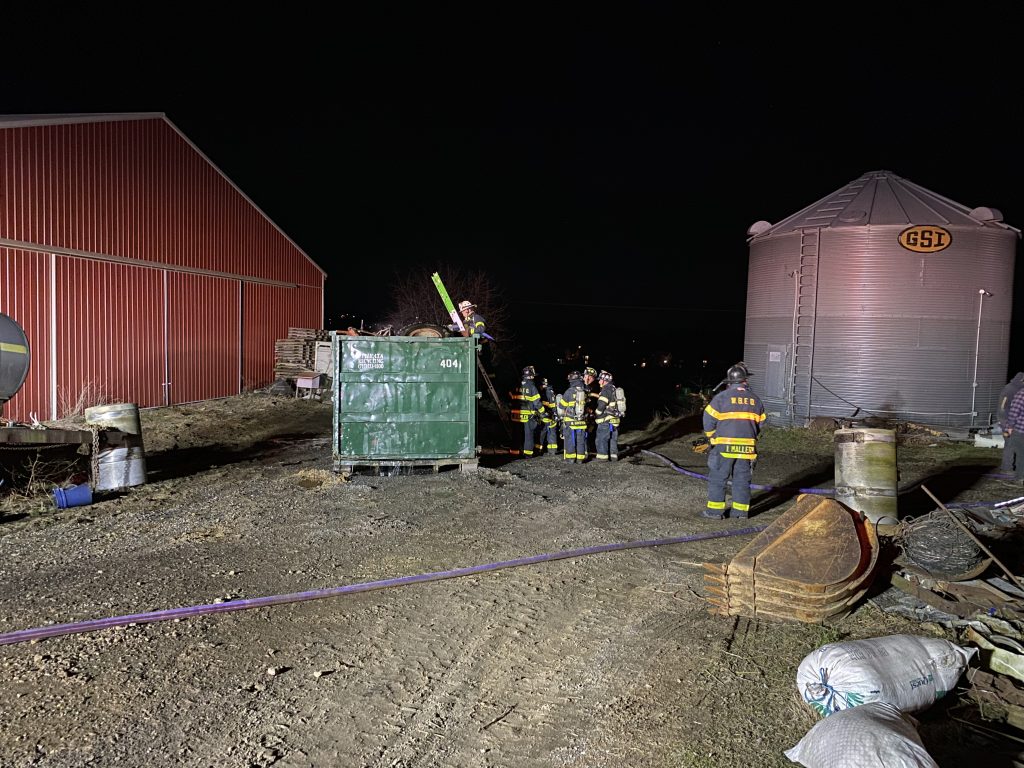 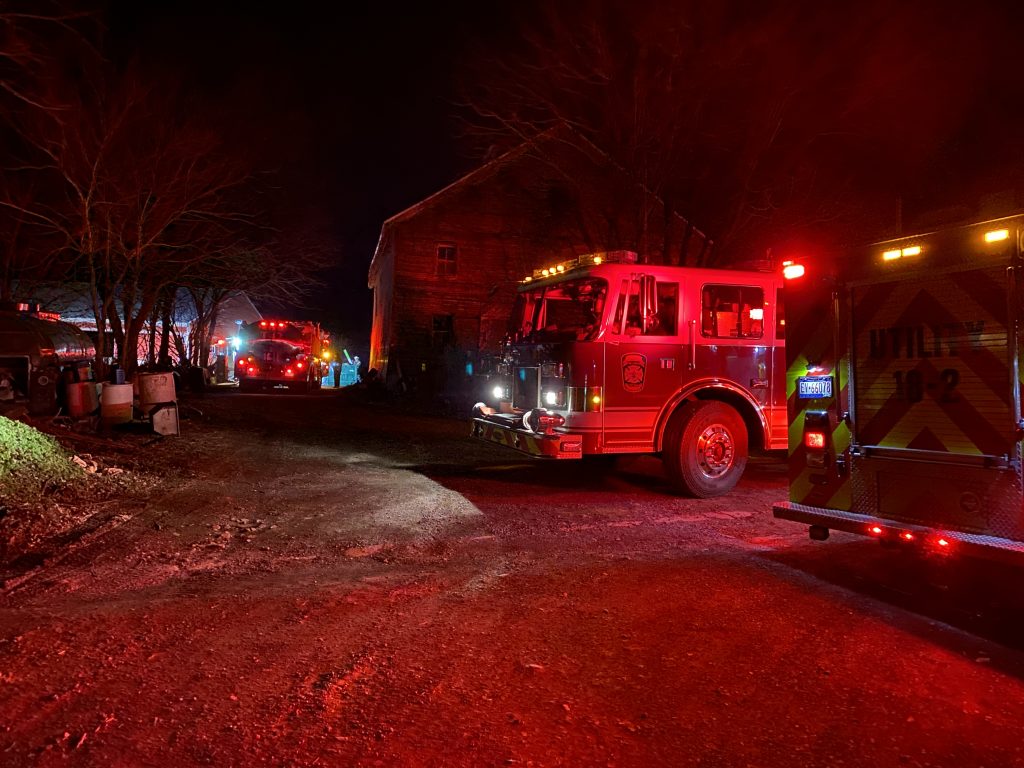 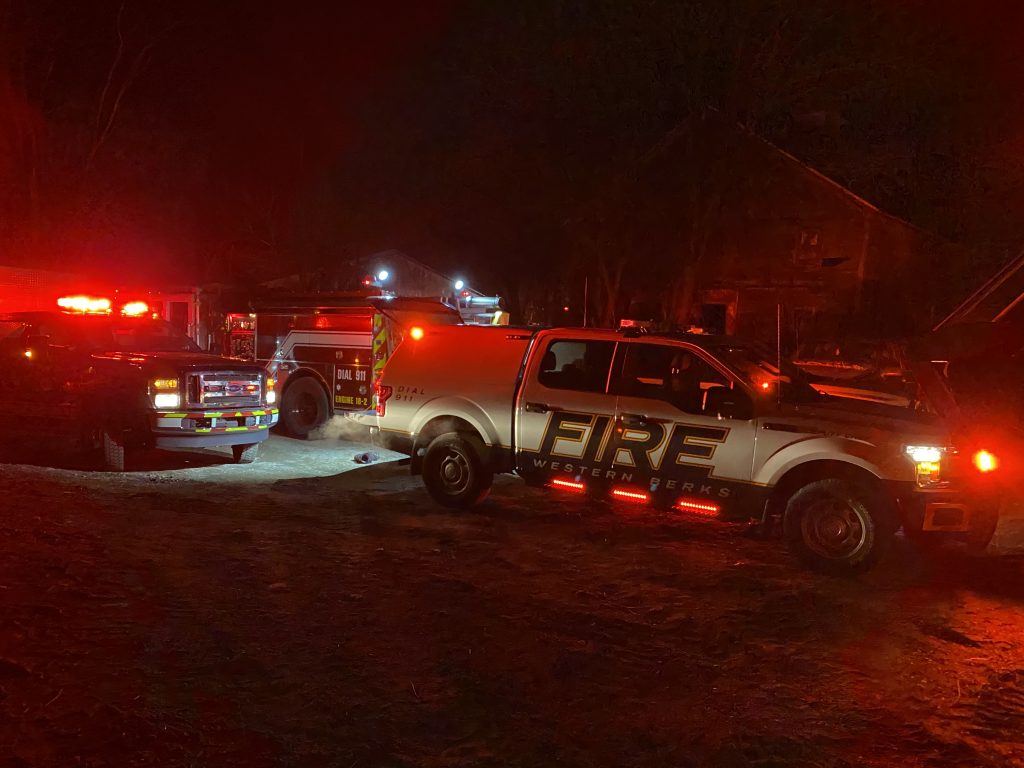