On Sunday June 14th around 11:15am, the WBFD and mutual aid units were dispatched to the 400 block of Texter Mountain Road in South Heidelberg Township for a brush fire.  Upon the initial response, a smoke column could be seen from miles out and additional units were added to the assignment to assist.  When units arrived on location, they had an area of roughly 75’ by 75’ of wooded area burning at the end of a gun range, which also included a large amount of tires which are used as the backstop for the gun range.  Due to the  large amount of tires and wooded area burning, the assignment was eventually upgraded to a 4th alarm brush fire, as well as the zone 4 tanker task force for water supply.  A backhoe was brought in to help ensure the large amount of tires were completely extinguished.  Fire crews were on scene for approximately two hours before returning available. 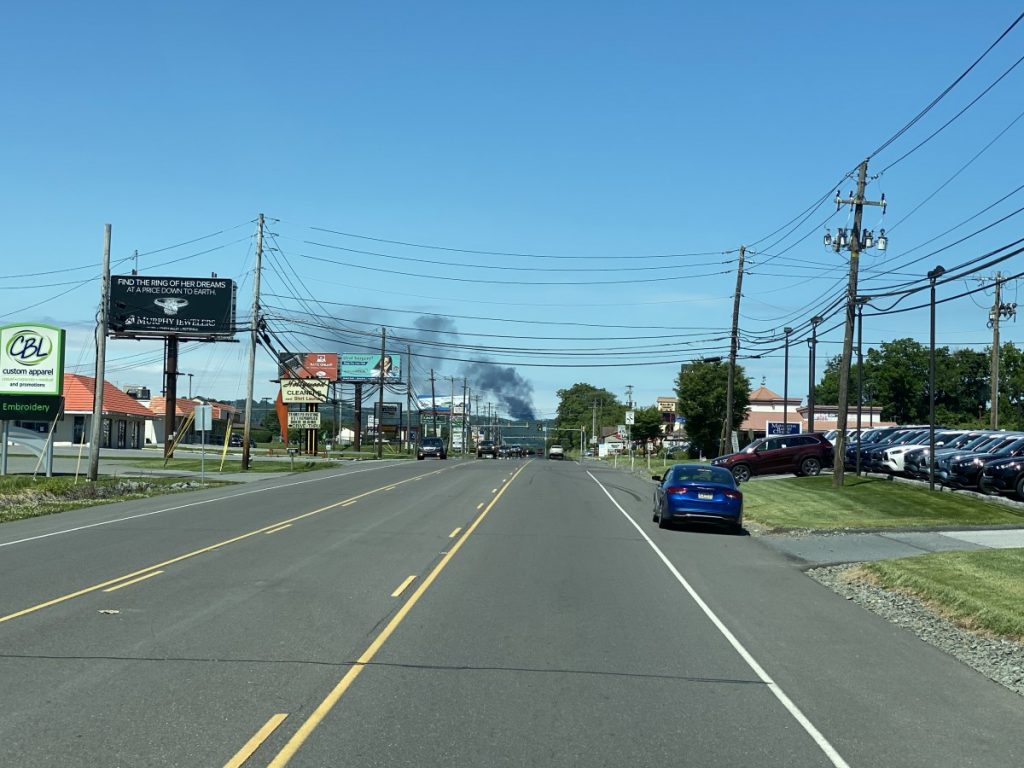 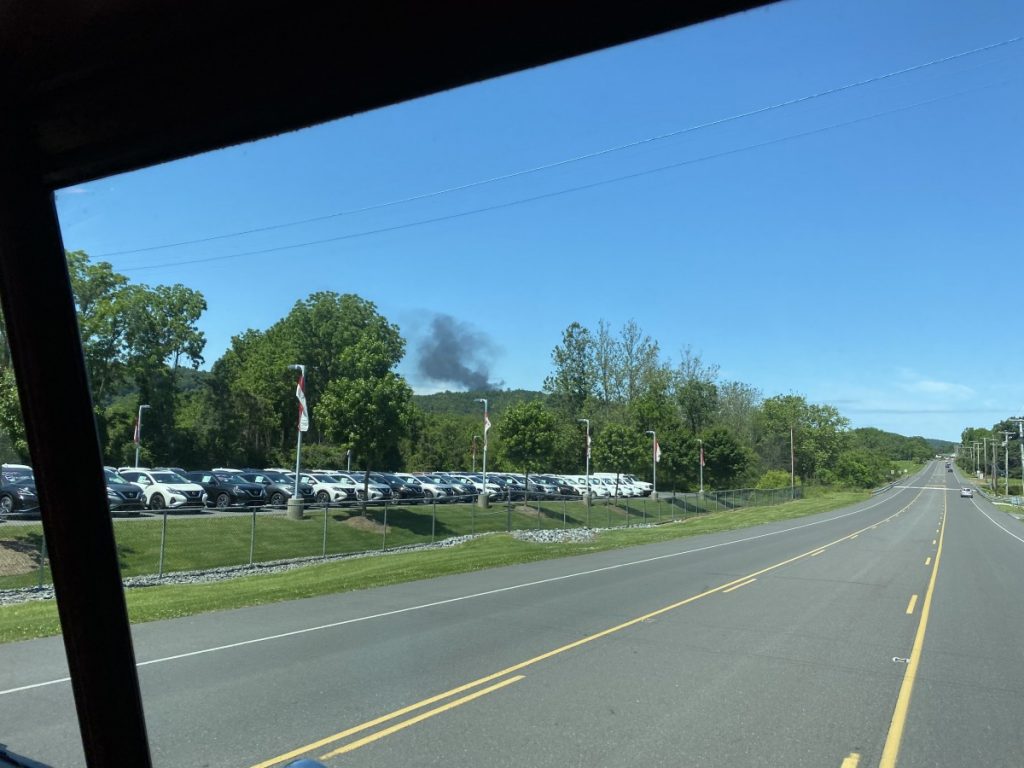 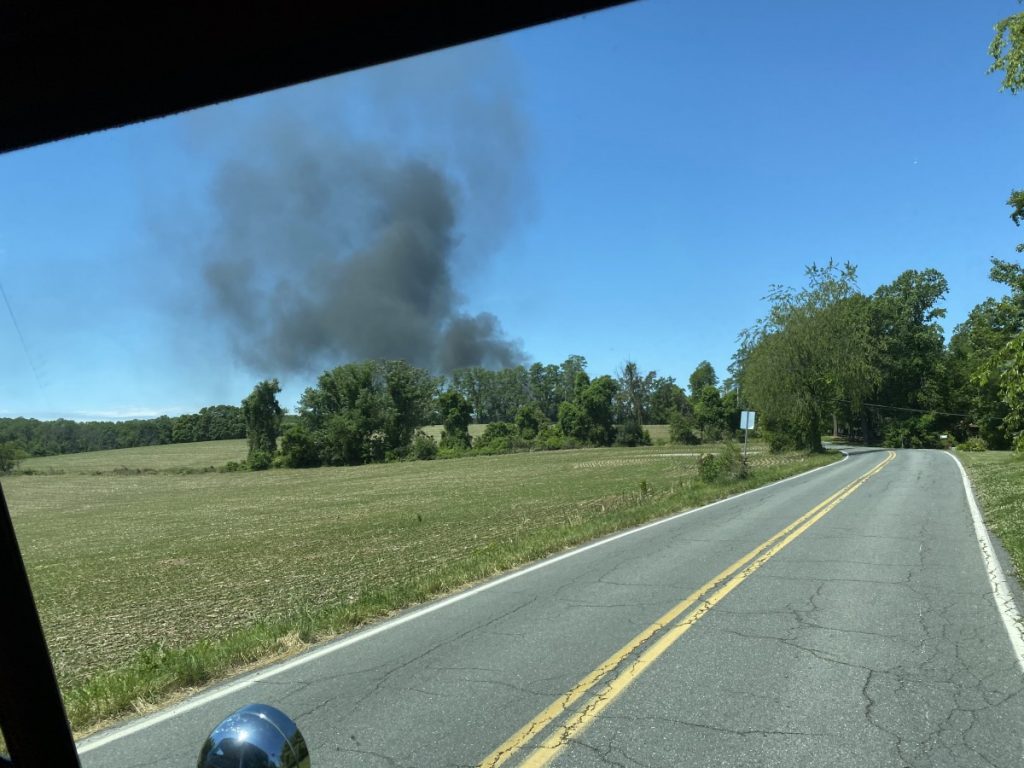 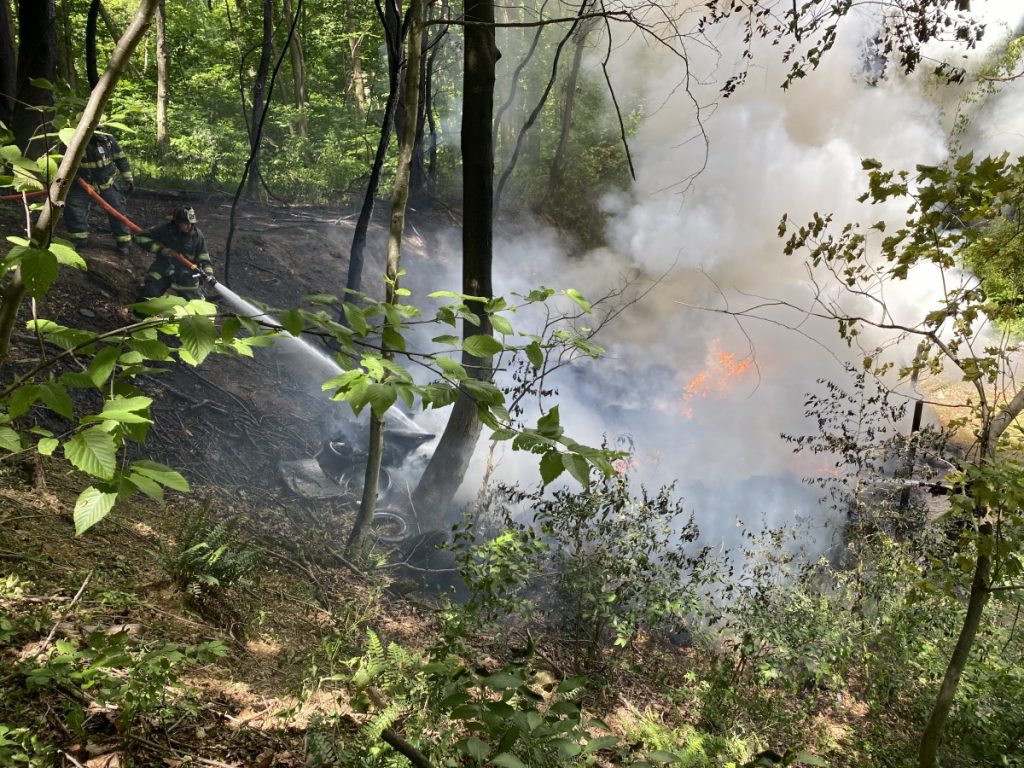 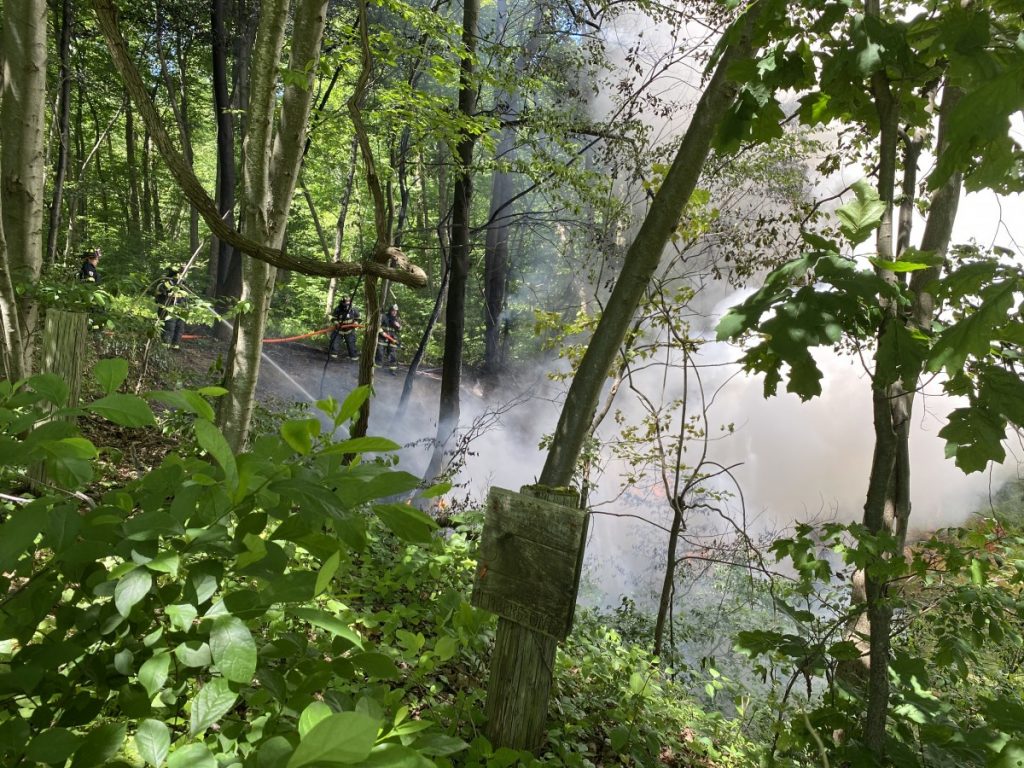 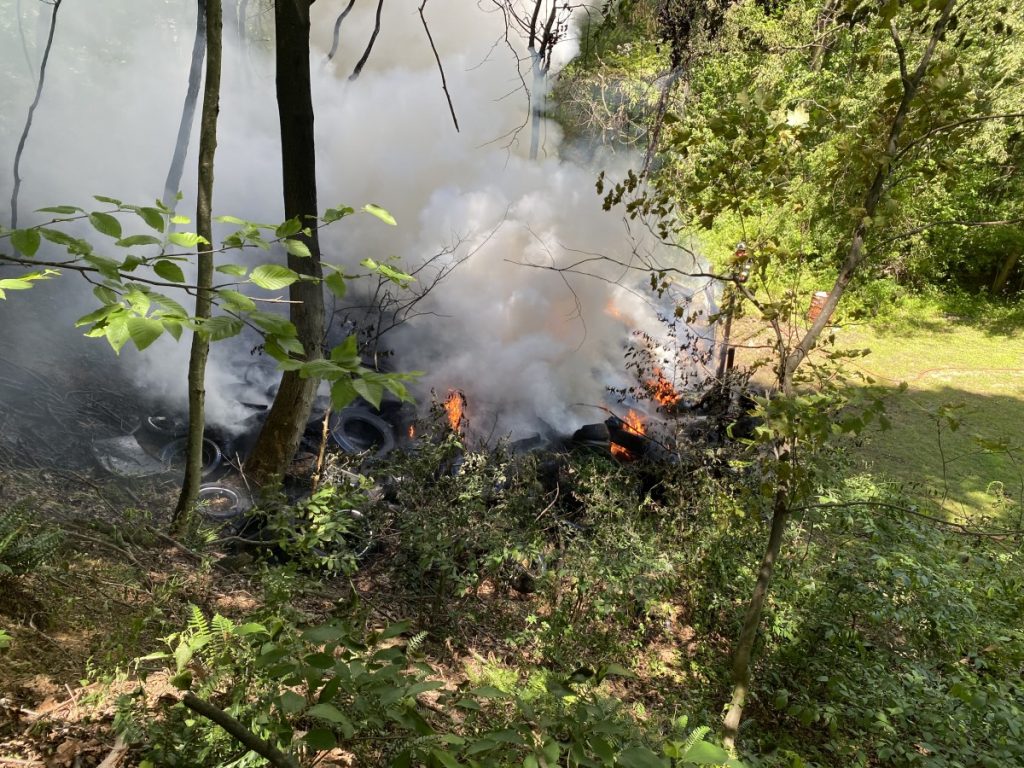 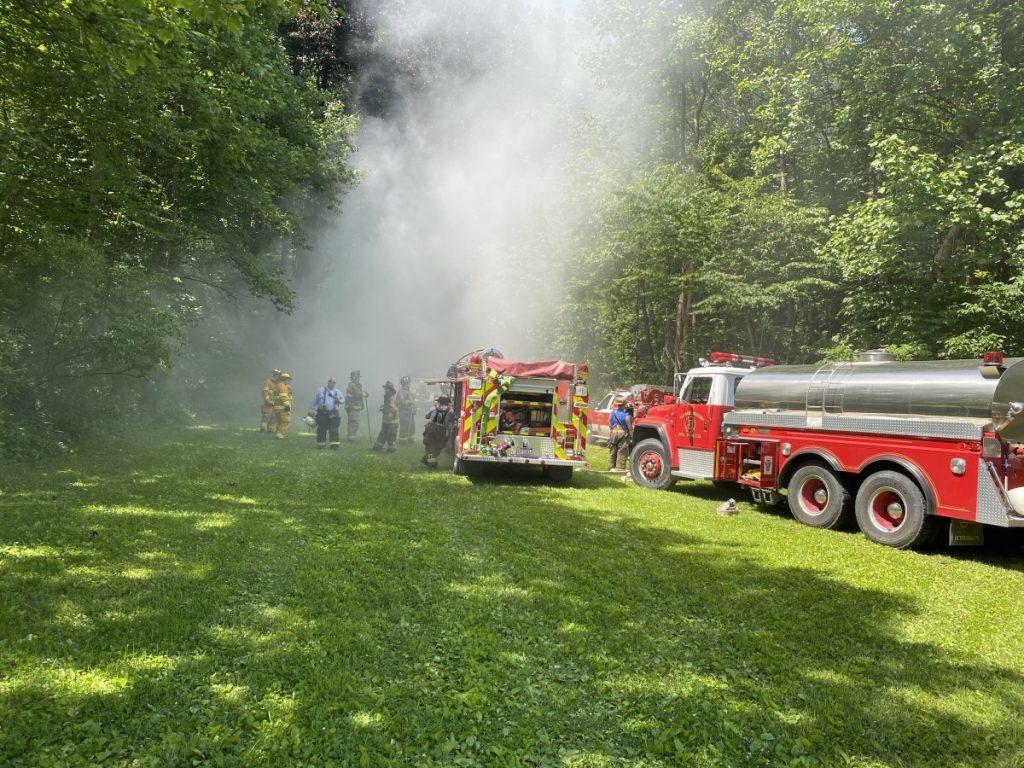 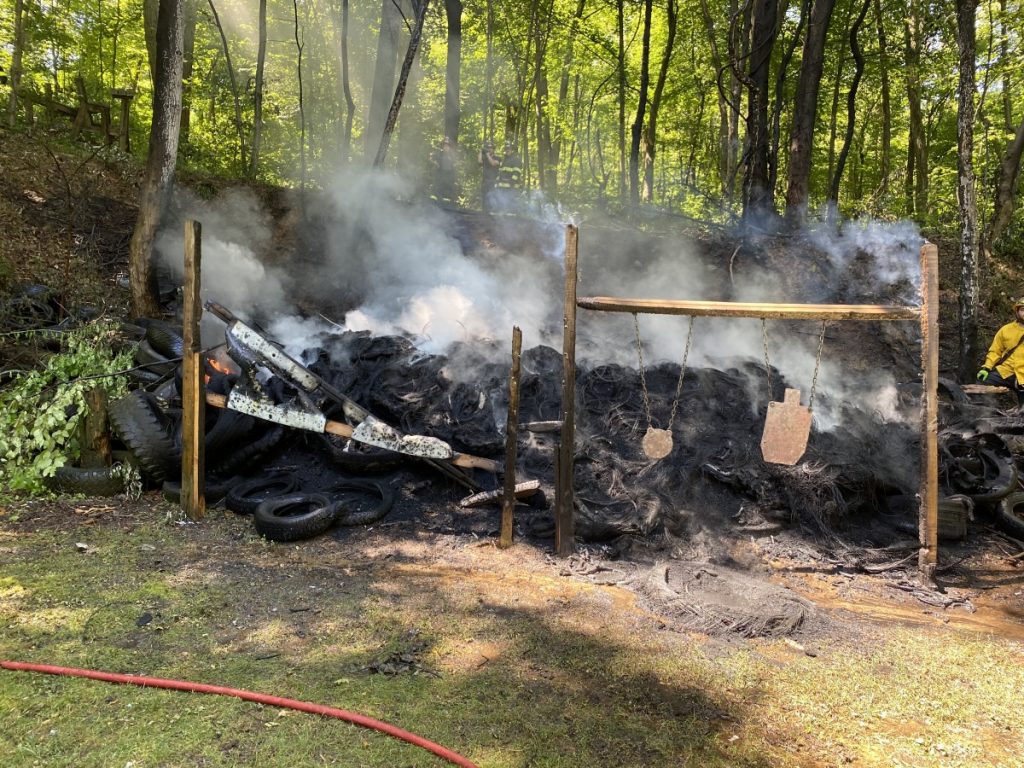 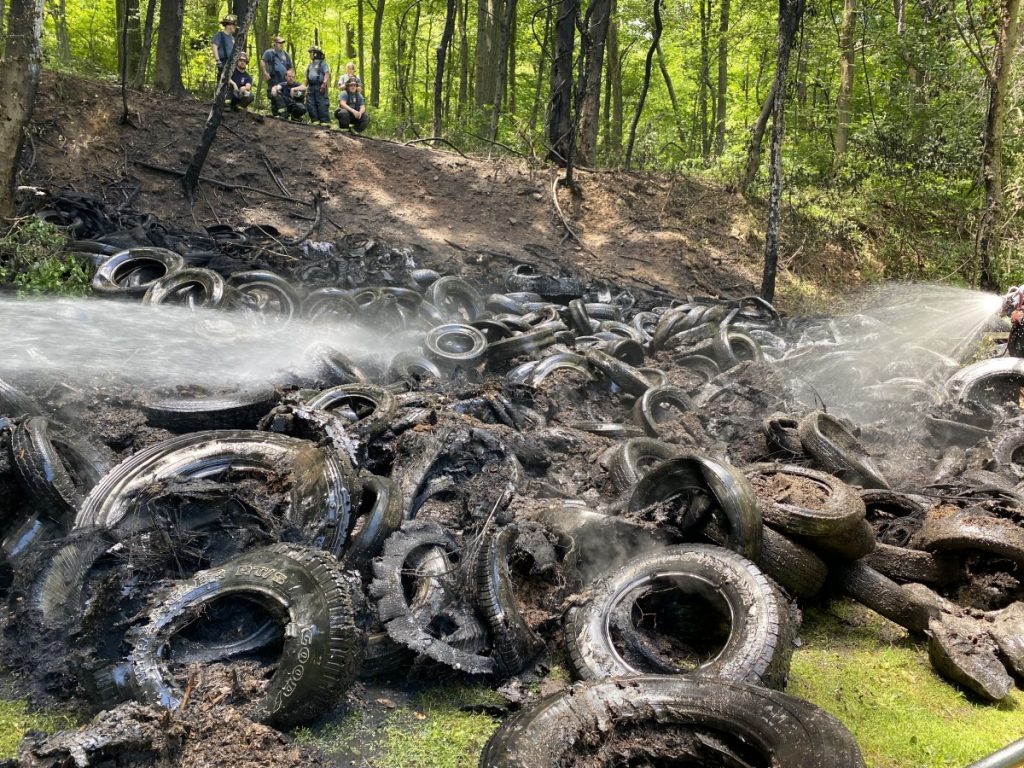 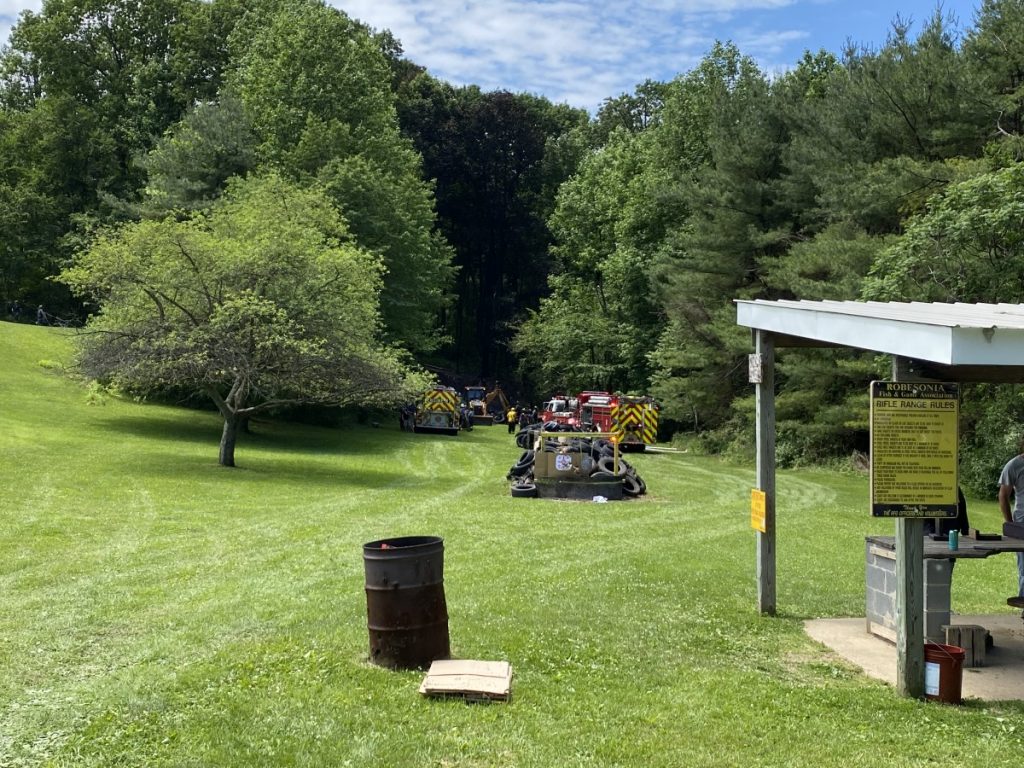 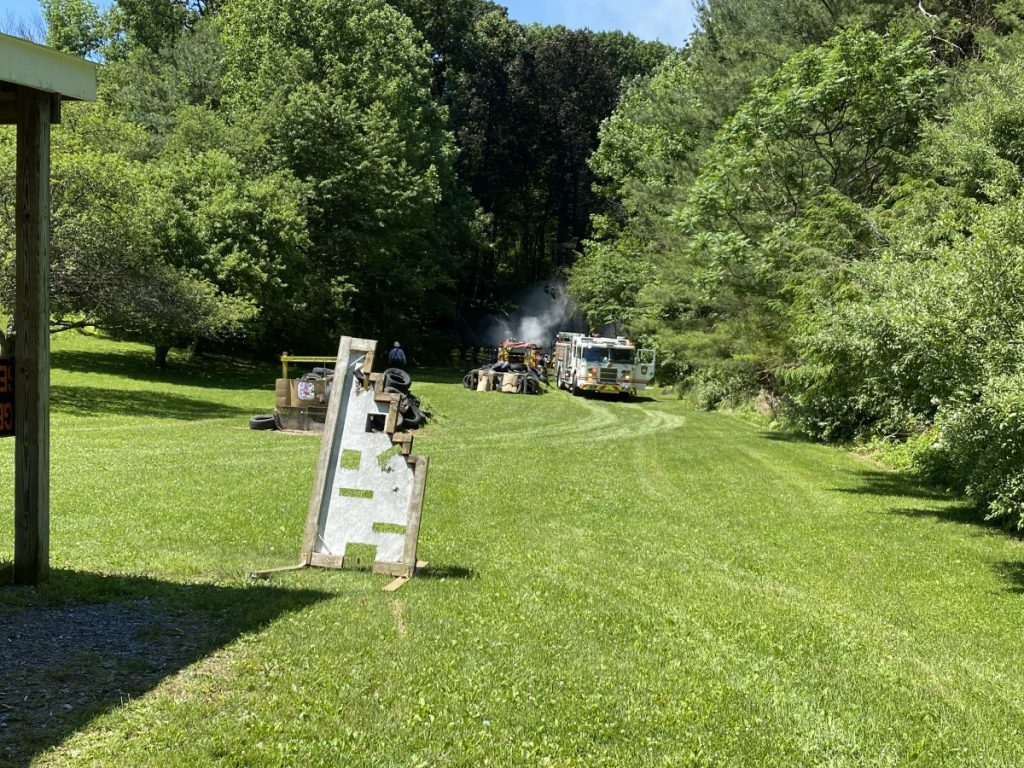 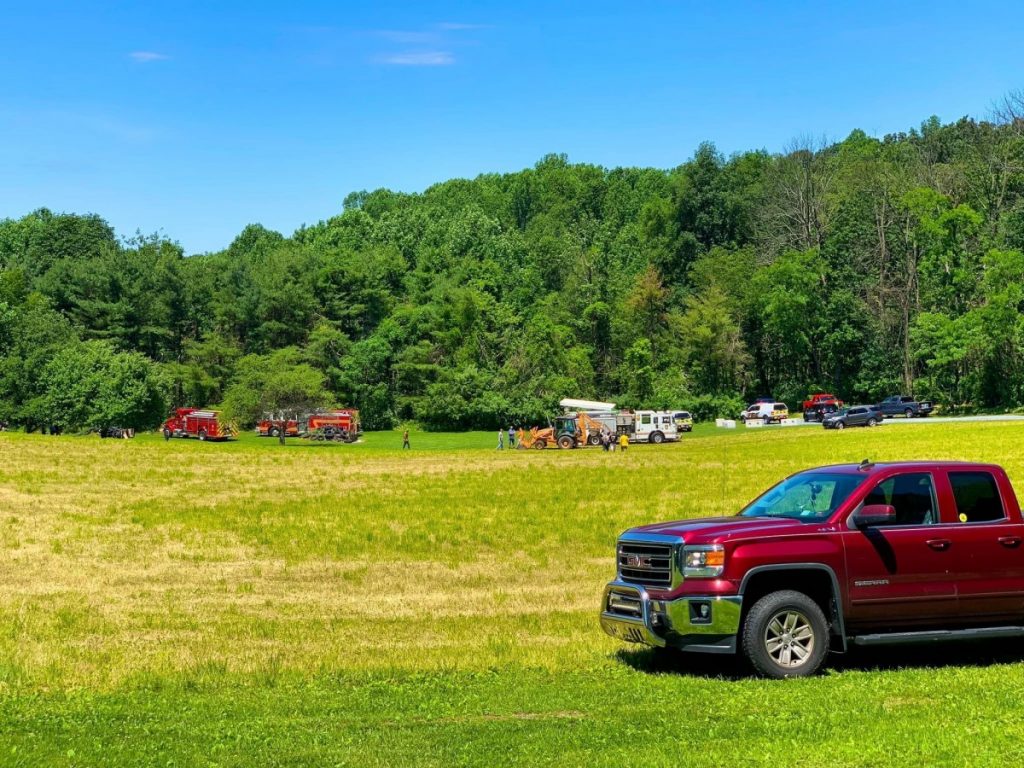 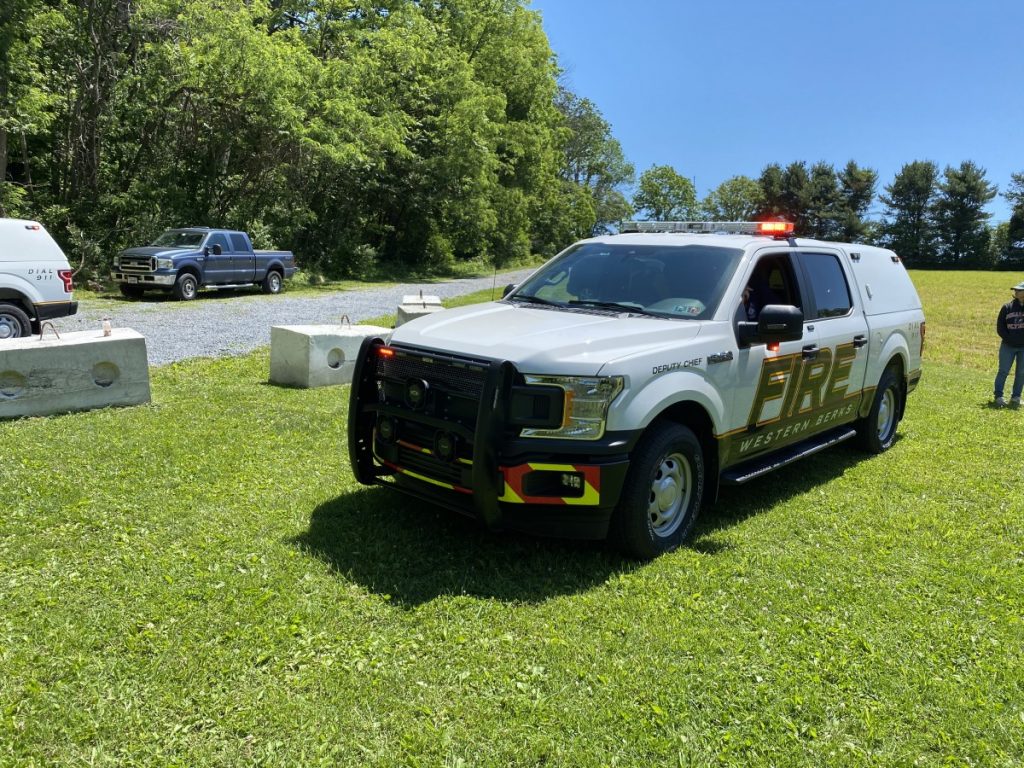 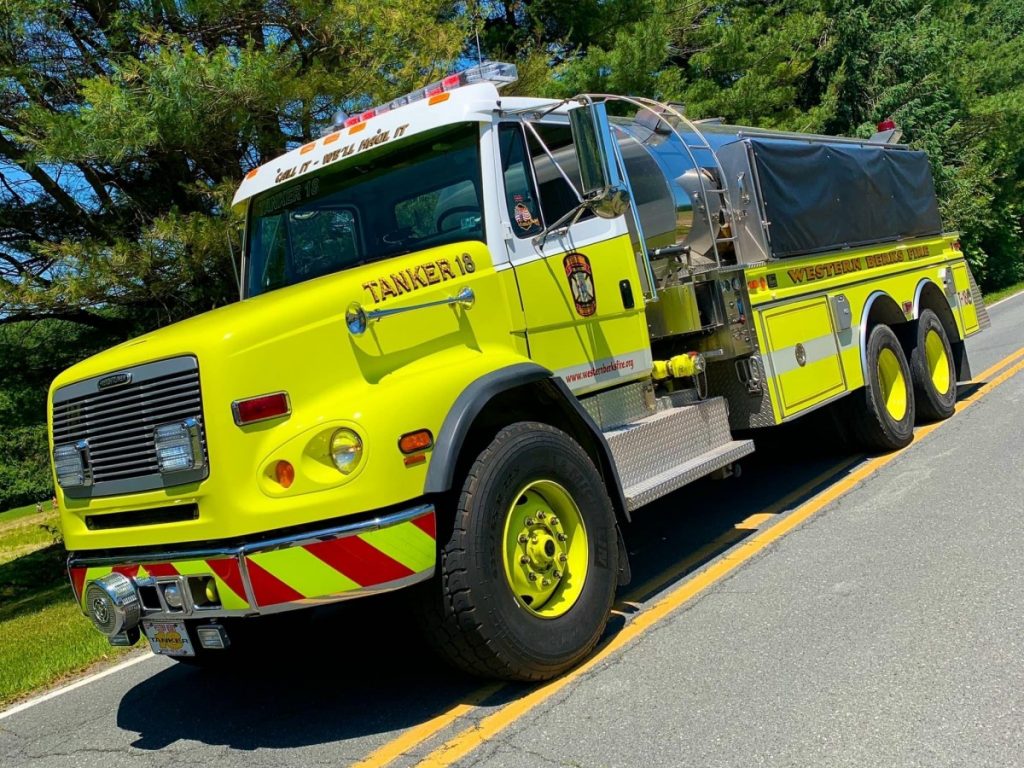 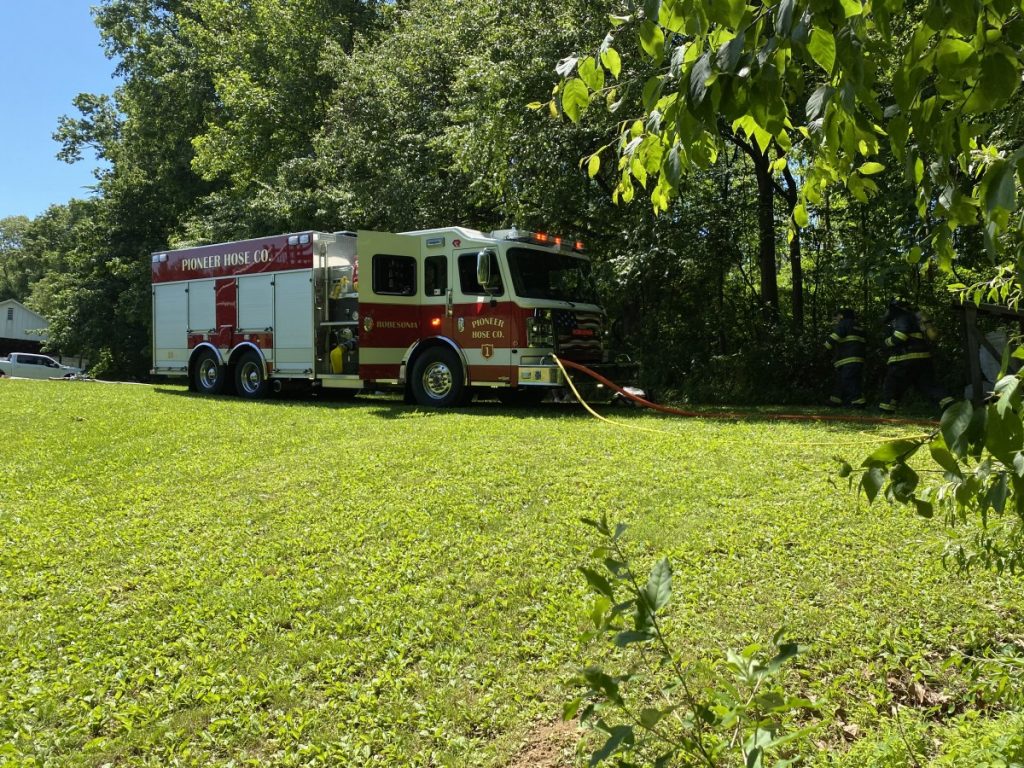 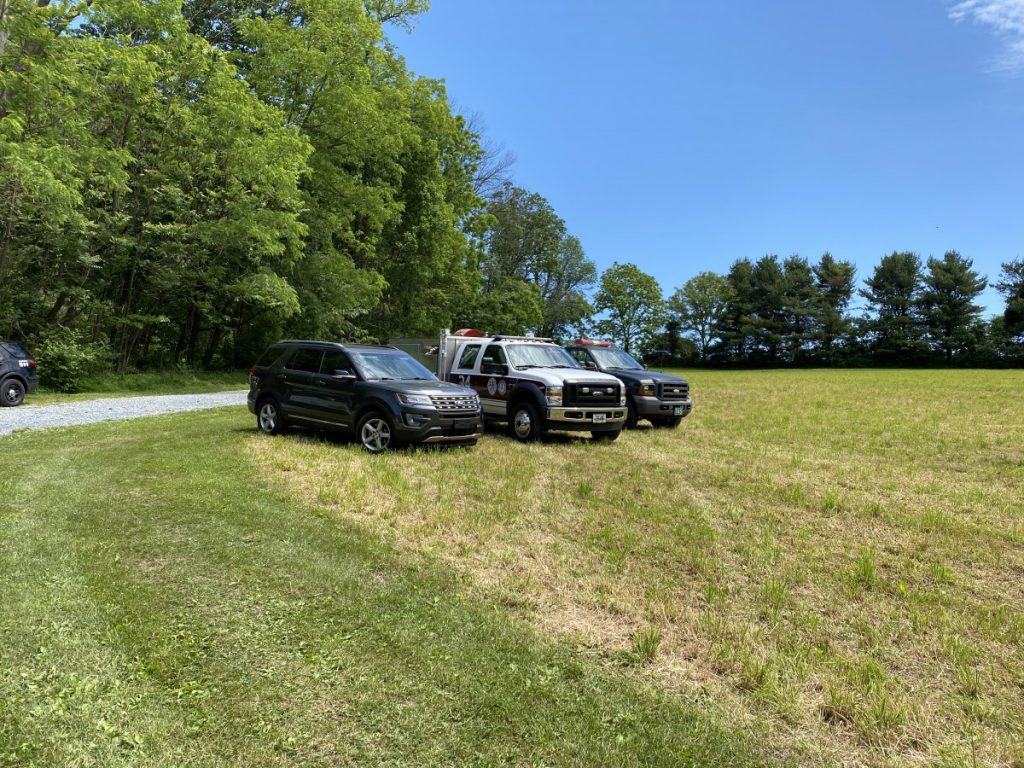